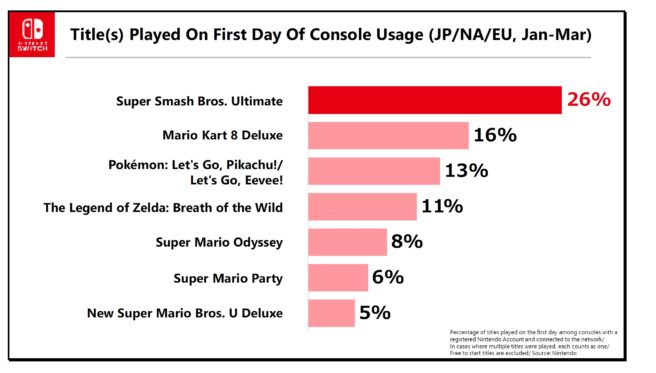 After the start of the calendar year, the title driving the most hardware sales is Super Smash Bros. Ultimate. This is a list of titles played by consumers on their first day after purchasing Nintendo Switch, between January and March 2019. As you can see, Super Smash Bros. Ultimate was the title most commonly played by users with new Nintendo Switch systems.

When Super Smash Bros. Ultimate was first released, it was played by people within a wide age range, and particularly by men in their 20s to early 30s. As time has passed, however, the range of consumers playing this game has widened even further. Our data shows that the range of consumers showing interest in this game is also increasing, which means the title draws such a broad range of people.