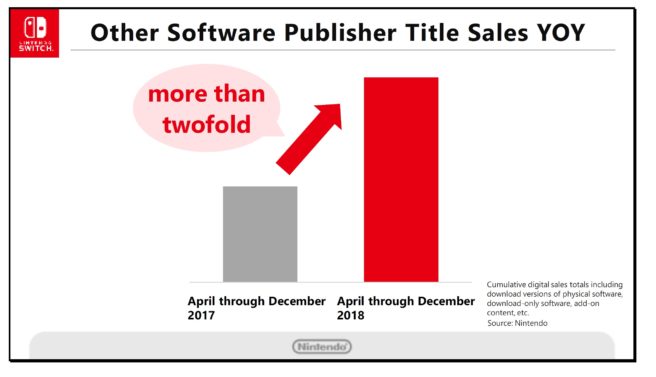 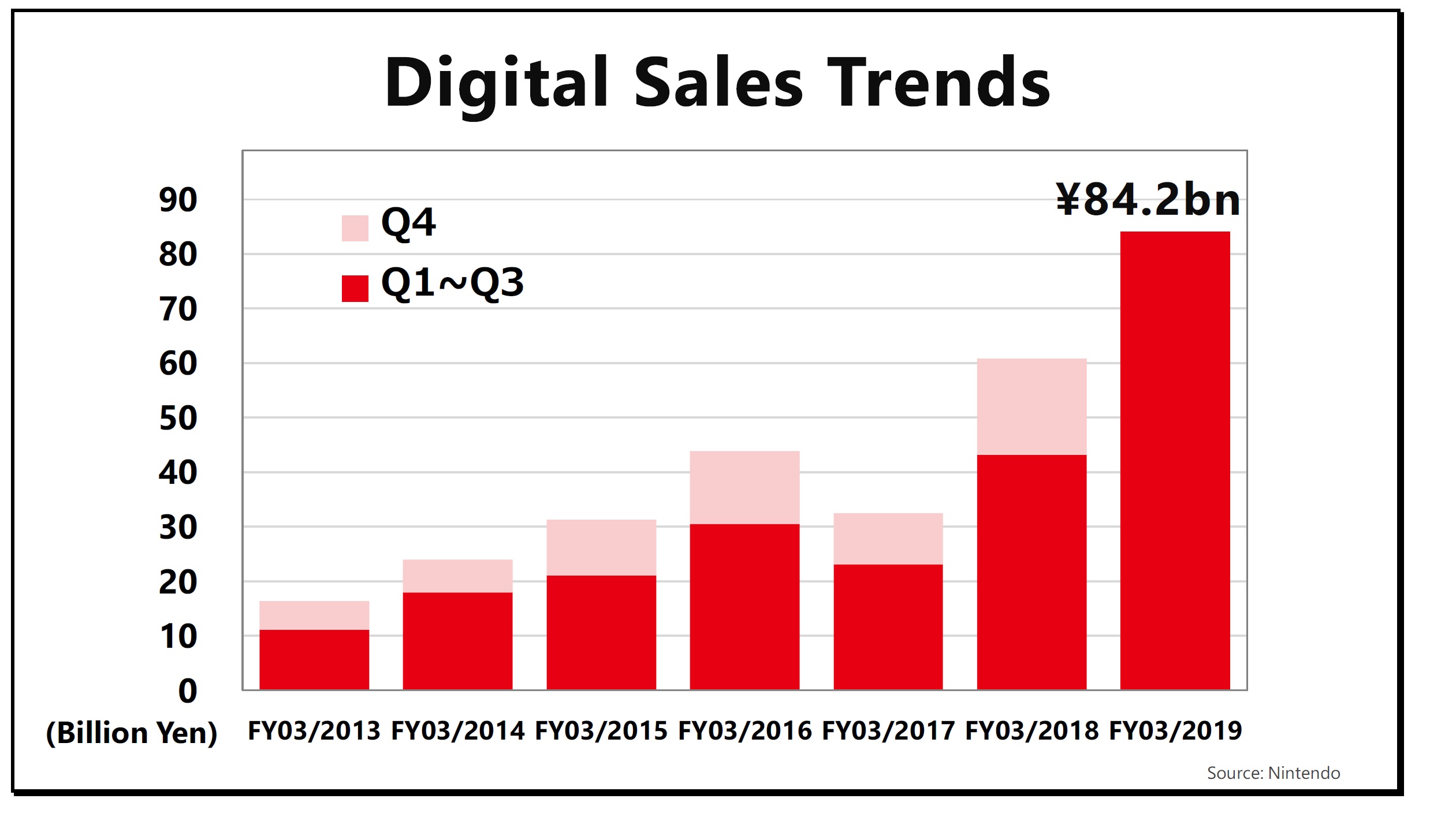 This chart presents a comparison of digital content sales for our dedicated video game platform business over the
years. Digital sales have expanded since Nintendo Switch was launched in March 2017. The background to this is that, in addition to the pure growth in sales volumes for Nintendo Switch software and the associated growth in overall digital sales, there are more consumers choosing digital versions of packaged software, as well as growth in download-only titles, addon content, and subscription services, such as Nintendo Switch Online, from both Nintendo and other software publishers. 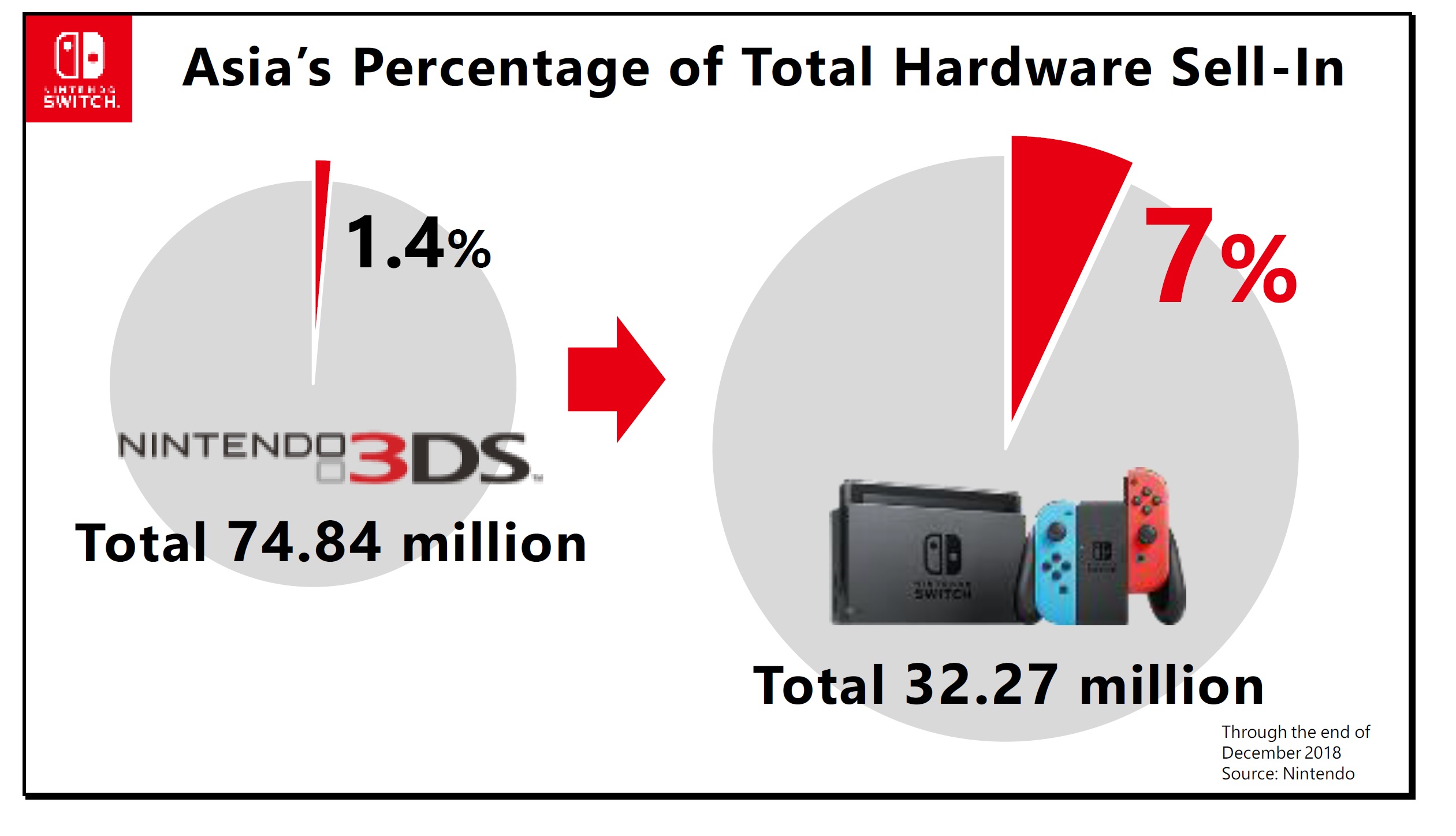