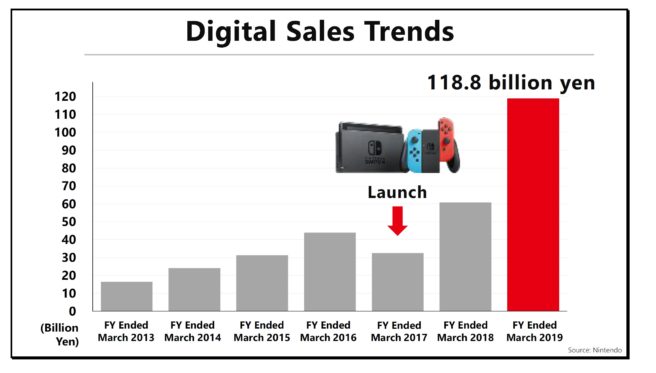 Digital sales have expanded greatly since the launch of Nintendo Switch. This graph compares sales of digital content within our dedicated video game platform business over the years. Sales nearly doubled in the fiscal year ended March 2019 compared to the previous fiscal year, and exceeded 100 billion yen for the first time ever. The Nintendo Switch business has expanded over the previous year not only in download versions of packaged software, but also in download-only software and add-on content, plus contributions from Nintendo Switch Online.

I’d now like to address the Nintendo Switch business from a slightly different angle. One conventional metric used in the dedicated platform business is the tie ratio, or the attach rate of software per unit of hardware. This is calculated by dividing the number of software units sold by the number of hardware units sold. However, with the rise in digital sales, we are witnessing the rapid sales growth of indie titles at a wide range of price points, and add-on content sales that cannot be counted with the number of software units sold. As a result, software attach rate calculated using conventional methods no longer adequately reflects the actual state of our business.

Instead, we would like to look at “sales per hardware unit,” which is the overall sales for the platform divided by sales of the hardware itself. Note that this is calculated based on sales recognized by the company, and it differs from individual consumer spending. 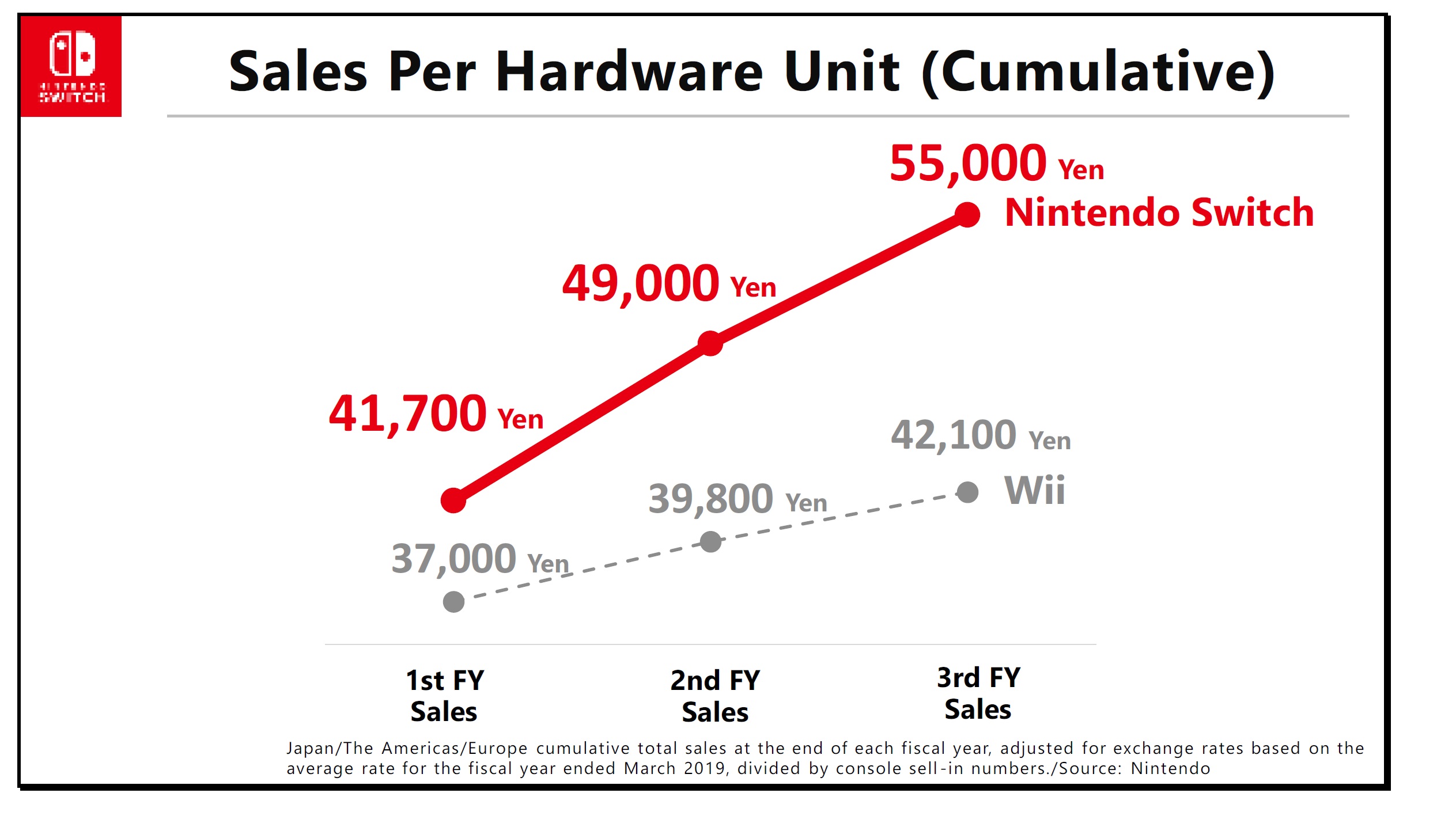 This graph shows the sales trends per Nintendo Switch system for each fiscal year. It is based on the total numbers at the end of the fiscal year for each of the three major regions, adjusted to account for differing exchange rates. For comparison, sales per Wii system are shown in gray. The figures on the slide include hardware and software sales, sales of accessories like Joy-Con controllers and the Nintendo Switch Pro Controllers, sales of titles from other software publishers physically manufactured by Nintendo on commission, add-on content sold digitally, and Nintendo Switch Online revenue.

A straightforward comparison is difficult due to the original prices and bundle specifications of Nintendo Switch and Wii hardware being different. That said, you can see that Nintendo Switch has seen a significant rise in sales per hardware unit year by year, and sales are higher than for Wii.

Incidentally, the number of monthly active users between January and March this year was double that of the same month last year, confirming that now after the second holiday season consumers are continuing to play Nintendo Switch.

As we have discussed, you can see that Nintendo Switch hardware is being purchased by many consumers, and we have built a solid business on its growth. Overall, we can say that the Nintendo Switch business is very sound.