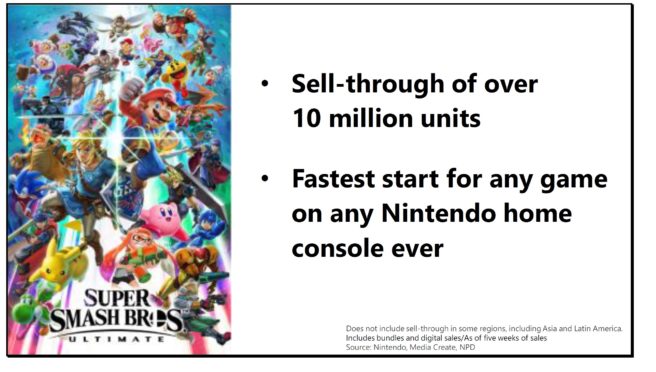 Super Smash Bros. Ultimate has achieved a sell-through of over 10 million units. The title has continued to show explosive growth after its release, with the fastest start for any title on any Nintendo home console ever.

Every fighter that has previously appeared in the Super Smash Bros. series is in this title, hence the tagline of “Everyone is here!” In fact, the tagline could also apply to every consumer who enjoys playing games. For many years, Nintendo has striven to build good relationships with consumers and maintain them. This latest Super Smash Bros. title is like a giant gathering of everyone who has ever had access to Nintendo games at any stage in their lives during the 35 years that Nintendo has been continuously producing video games. As a result, we’re seeing a change in consumer demographics as people across a wide variety of age groups are all playing Super Smash Bros. There are plenty of consumers all over the world, regardless of age or gender, who have experienced Nintendo games, so we hope this will have a positive impact on the expansion of the Nintendo Switch business going forward. 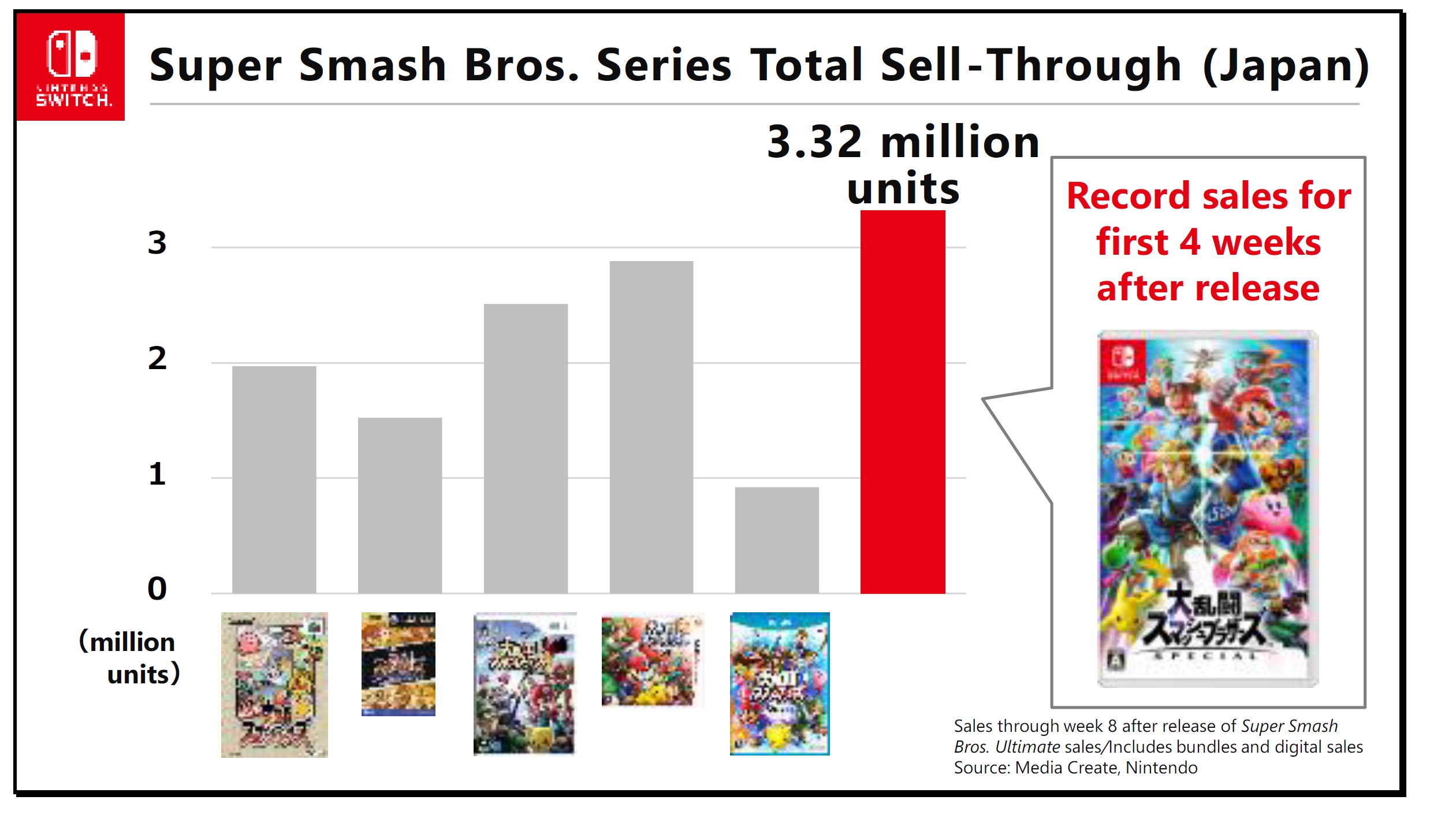