Nintendo on the sales of evergreen Switch titles 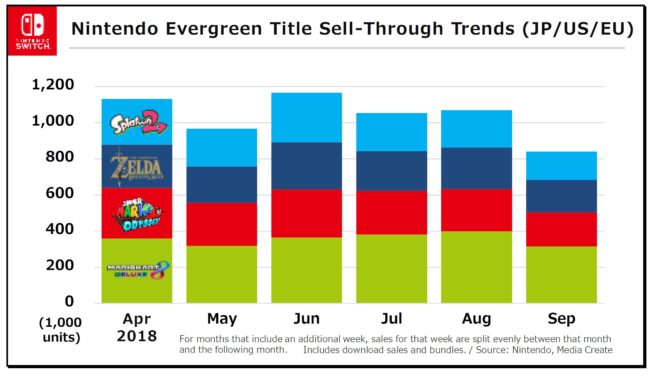 A number of evergreen titles that help to maximize the appeal of Nintendo Switch are already available, including Super Mario Odyssey, Mario Kart 8 Deluxe, The Legend of Zelda: Breath of the Wild, and Splatoon 2. All of these titles were released last year and are sustaining their sales momentum.

This chart shows the combined sell-through in Japan, the US, and Europe for the four previously mentioned titles in April and beyond. Sales have continued to grow for every title with no significant decline in the pace. 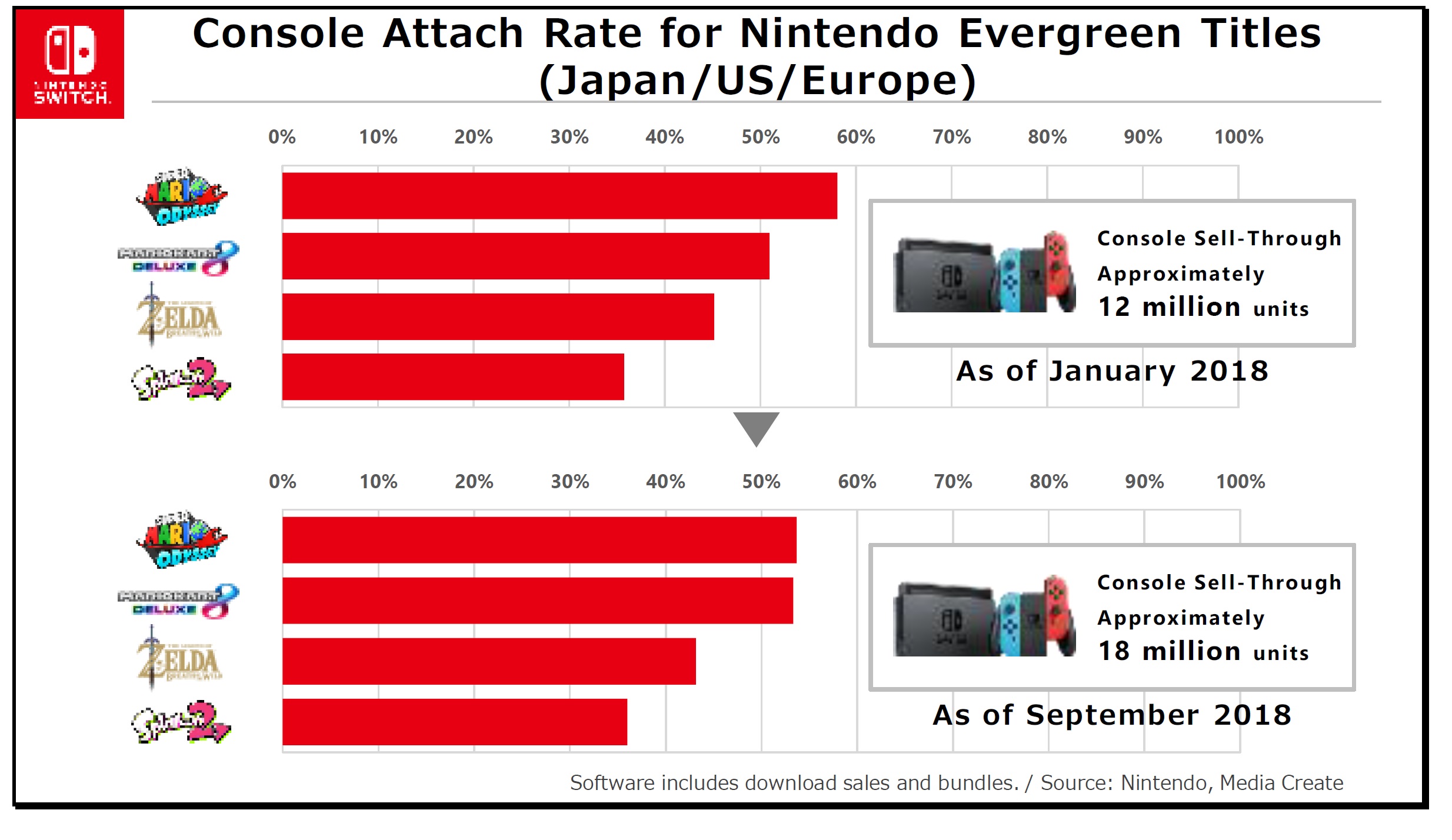 This chart compares the console attach rate for Nintendo evergreen titles in January and September of this year. As the chart shows, there was no significant change in the console attach rates for these four titles even though there was a combined sell-through of roughly 6 million systems in Japan, the US, and Europe over the course of that time. This implies that these titles are continuing to sell at a sustainable rate, and at the same pace as the hardware. We can expect the evergreen titles to continue to sell as long as the hardware continues to sell.