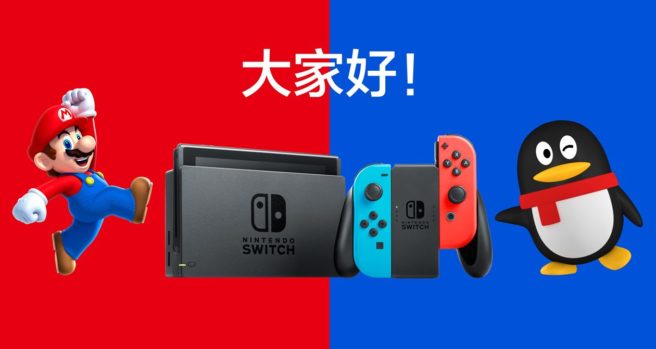 Nintendo was finally able to bring Switch to China at the end of 2019 with the help of Tencent. New Super Mario Bros. U Deluxe, Mario Kart 8 Deluxe, and Super Mario Odyssey have entered the country so far. According to Nintendo president Shuntaro Furukawa, these titles are “seeing steady growth”.

Although it’s taken some time for Switch to appear in China, Nintendo appears to be looking at things from a long-term perspective. “We will devote time to continuing to work with Tencent to demonstrate the unique appeal of Nintendo products to the consumers of China,” Furukawa said.

Regarding the development of the Nintendo Switch business in China, can you tell us about actual sales results last fiscal year and what your sales plans are for this fiscal year?

Sales in China are included in the “Other” column in the “Consolidated sales information” in the Earnings Release. This “Other” region includes not only sales in China, but also sales in other regions in Asia and Australia. Sales in China did not yet account for a large amount in the results of the previous fiscal year. We do not expect sales in China to greatly impact the overall forecast for the current fiscal year either. Currently, there are three software titles being offered in China. We are seeing steady sales growth for New Super Mario Bros. U Deluxe, released on December 10, 2019, as well as for Mario Kart 8 Deluxe and Super Mario Odyssey, both released on March 16, and we hear from Tencent that some consumers are buying these games and the new hardware together. We will devote time to continuing to work with Tencent to demonstrate the unique appeal of Nintendo products to the consumers of China.