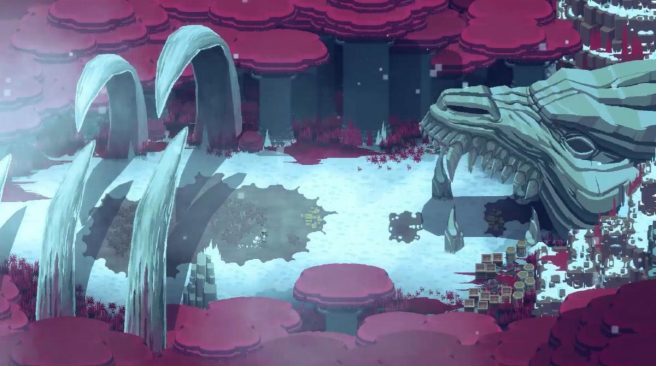 Publisher Ysbryd Games and developer Glitch Factory have provided an update on No Place for Bravery, their story-driven action RPG. It now has an updated release window of Q3 2022.

We’ve included some information about No Place for Bravery below.

No Place for Bravery is a 2D top-down action RPG which weaves together high-quality visuals, a stirring soundtrack and intense combat moments into a deep and affecting tale of moral dilemmas and personal reflection of choices. YOUR choices.

The game will focus on parries and fast-paced combat. Making mistakes will be punishing and you’ll experience a lingering sense of fragility while facing the dangers of Bravery’s world.

Thorn, a retired warrior plagued by nightmares, stumbles on an opportunity for redemption after finding clues to his daughter’s disappearance from long ago. With the company of his disabled foster son, Phid, it will be up to the player to decide how far Thorn will go, not only to rescue his daughter but also to fulfill his ambitions.

The story of Bravery carries a strong message on the role of parental figures and the consequences of their choices in a troubled world. This message is informed by the developers’ personal life experiences, and the game aims to impart these real, resonant feelings with competence and depth.

Thorn is a competent warrior in a world where people like him perish all the time. Under your control, Thorn will have the capacity to kill and survive from the word go, but you should expect to find Thorn’s fragility starkly reflected in your own series of likely defeats.

A captivating blend of the low fantasy setting, highly detailed pixel art, and beautiful hand-painted textures makes this decrepit world croak with breathtaking life, as Thorn carves his path through it. Every second that passes in No Place for Bravery pulses with an immersive, intense atmosphere that you’ll feel in your veins.

As far as the delay is concerned, today’s notice mentions that “No Place for Bravery will now benefit from additional care and craftsmanship to fully realize the developer’s vision of a timeless dark fable about the thin line between heroism and obsession.”

We’ll share the final release date for No Place for Bravery once it’s announced.