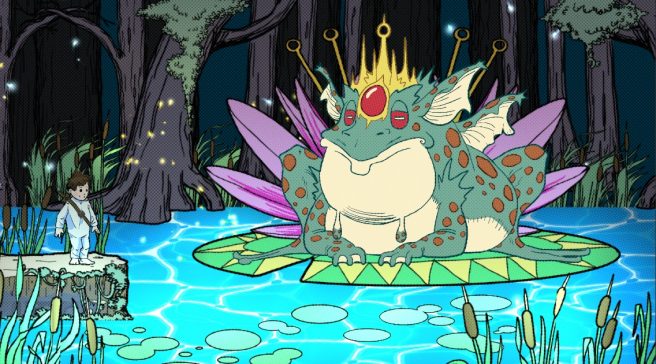 Pie for Breakfast Studios and PxlPl previouslyz secured full funding for Little Nemo and the Nightmare Fiends, a non-linear platformer. The project is currently targeting a tentative late 2022 release window.

For more on Little Nemo and the Nightmare Fiends, check out the following overview:

Pie for Breakfast Studios and PxlPlz present Little Nemo and the Nightmare Fiends, a non-linear platformer based on Winsor McCay’s groundbreaking 1905 comic strip, Little Nemo in Slumberland, which follows the adventures of a 7-year-old boy in the world of his dreams. Players control Nemo and his 3 friends: each character has their own unique powers for exploring the many surreal environments as they confront Fiends threatening to destroy Nemo’s happy dreams forever! The game features hand-drawn artwork made to mimic Winsor McCay’s expert draftsmanship and inventive comic layouts. Long in the public domain, Little Nemo and the Nightmare Fiends makes the work of a comic and animation pioneer accessible for modern audiences!

Key Features
– Take control of 4 characters on your trip through Slumberland! The brave Nemo, the magic-wielding Princess, the mischievous clown Flip, and the agile royal guard Peony – an original character created for this game!
– Each character has unique ways to attack and explore. Players can switch between them quickly to create powerful combos and find hidden areas!
– Featuring hand-drawn artwork made to mimic the style of animation pioneer Winsor McCay’s landmark 1905 comic strip!
– Explore surreal environments based on episodes from the original Little Nemo comic.
– Wake Nemo up and explore his house, featuring rooms with hidden items, artifacts to make your characters stronger, and production artwork!

You can learn more about Little Nemo and the Nightmare Fiends on the official Kickstarter page here.