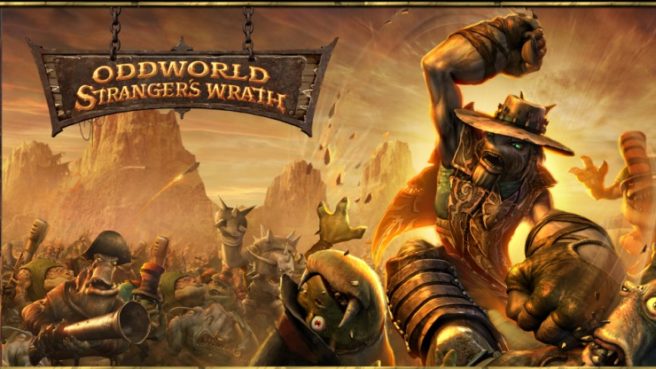 Oddworld: Stranger’s Wrath is on the way to Switch, Nintendo has revealed. The game will be seeing its playable debut at EGX 2018 next weekend.

With Oddworld: Stranger’s Wrath making it to Switch, it’s the first time it’ll be appearing on a Nintendo platform. Xbox had it originally, and a new release took place on various platforms a few years later, but never on Wii U.

Here’s an overview and trailer for the action-adventure title:

You’re the Stranger, a mysterious bounty hunter on a mission to bag the ultimate prize. And you need that money like no one else because there is something very wrong with your health and the only way to fix it is a very costly operation. However the nature of your illness remains a secret and as you find out during the game, for a good reason.

In the dusty, undeveloped wastelands of Western Mudos, cantankerous townsfolk find their settlements besieged by belligerent outlaws. Along comes Stranger, a tall, dark and enigmatic bounty hunter with a mission to capture troublemakers and scoundrels and return them to civilized townships for incarceration.
But Stranger is keeping a secret and needs expensive surgery to survive. In his quest to earn enough Moolah, Stranger reluctantly accepts the ultimate bounty from the owner of the Mongo River and suddenly his adventure takes a very different turn.

Key Features:
– Fire Live Ammo! Launch critters at your enemies. Distract them with Chippunks, encase them in Bolamite webbing, or destroy them with Stingbees and explosive bats.
– Accept missions from the Bounty Store and talk to neurotic townsfolk to learn where your bounty can be found.
– 1st/3rd Person gameplay.
– Easter eggs.
– Unlockables.
– 35 Achievements.
– Three modes of difficulty.

A release date for Oddworld: Stranger’s Wrath on Switch has not yet been determined.