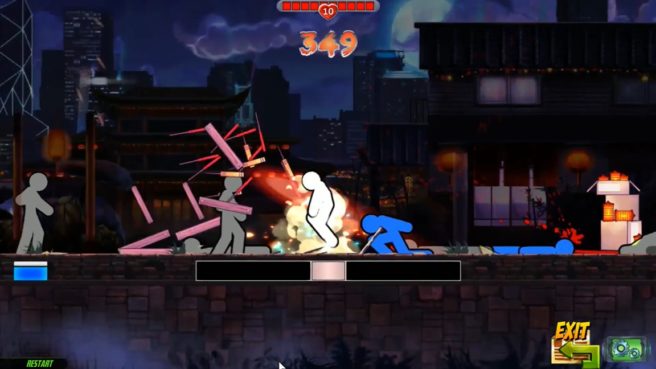 One Finger Death Punch 2 is in development and will be released on Switch, Silver Dollar Games has announced. A release is currently targeted for Spring 2019.

One Finger Death Punch 2 acts as a sequel to the 2013 indie PC brawler. Here’s a brief introduction and trailer for the kung fu fighter:

You are surrounded and outnumbered and have to use any weapon you can get your hands on to dismantle your opponents in a flurry of kung fu. That is the essence of OFDP2, which purports to be the world’s fastest kung fu brawler, and features the original OFDP’s unique two-button mechanics. Speed and precision are key in this whirlwind fighting frenzy, as players maintain control over the 26 different unlockable skills, frenetic gameplay, and classic kung fu-inspired animations.