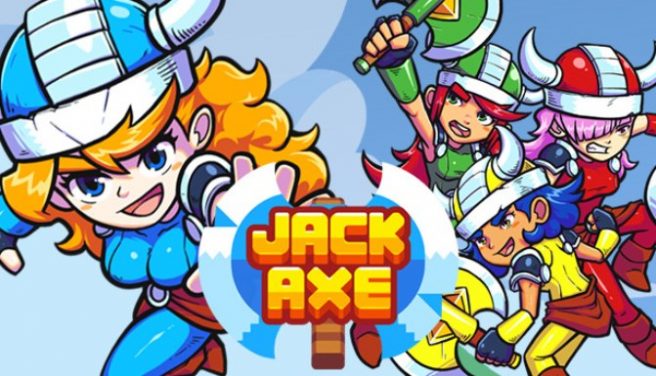 Another Indie, Keybol, and Mike Studios announced today that they’re putting Jack Axe on Switch. The open-world 2D platformer is “coming soon”, though there’s no specific window just yet.

Here’s some information about Jack Axe plus a trailer:

Her name is Jack. She has an axe. She is Jack Axe.

Join the Jack sisters in a single or multiplayer, 2D open world adventure! Take on a variety of platforming challenges and utilize your axe tossing ability to explore Jack’s unique world. Witness the saga of a young woman breaking taboo by arming herself and taking on a “man’s job,” despite the protestations of an irate god in this Norse/Filipino fusion.

– Explore a Norse-Filipino Fantasy Fusion.
– Take Girl Power To The Next Level (And The Level After That) With Axe Tossing Goodness.
– Use Jack’s Axe To Perform Incredible Platforming Feats.
– Play With Up To Four Players In a Campaign and Party Modes.
– Enjoy a story written by Bari and Melai Silvestre and their 3 imaginative daughters.
– Prove That Girls Do It Better.

Jack Axe will be distributed digitally for Switch via the eShop.