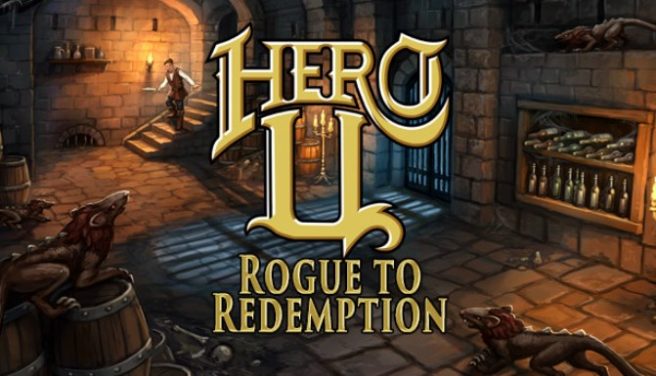 The open-world adventure RPG is heading soon to Switch, Transolar Games announced today. A digital release is planned for February 9 on the eShop.

Here’s an overview of Hero-U: Rogue to Redemption:

Street-smart young adult Shawn O’Conner is trying to gain entry into the Thieves Guild when a shadowy stranger makes a tantalizing offer: Enroll in the prestigious Hero University and become an honorable Rogue instead of a thief.

Join Shawn for a whirlwind education into the tools, tricks, and ethics of the Rogue class. Explore Hero University’s vast castle by day or under cover of night. Befriend your classmates, romance them, or hold them at arm’s length. Practice your skills and protect the University to prove that you are Hero material. How you choose to play will determine Shawn’s success at Hero-U.

But there’s even more to the story. Why was Shawn handpicked to attend Hero University? What happened to his missing father, and what legacy did Dad leave behind? What are the dark secrets in the catacombs beneath the Hero-U castle? The answers to these questions and more lie within the castle walls — if you can find them.

Features:
A charming fantasy story, set in the same universe as the acclaimed Quest for Glory series, that changes based on player decisions and play style.

Humorous dialogue and pun-filled descriptions that will delight fans of fantasy writers like Terry Pratchett and Piers Anthony.

Open-world exploration with a real-time day/night cycle that has hints of Persona and The Sims. There’s much more happening in Hero University’s hallowed halls than you’ll see in one playthrough!

Hybrid adventure/RPG gameplay with role-playing elements woven into the story and puzzles.

Optional turn-based combat — seek it out for an RPG experience or stealthily avoid it to stick to the adventure.

Supplement Shawn’s skills with an optional elective (Magic, First Aid, or Science) — but only if he passes his tests.

Controls and UI optimized for Nintendo Switch — play in either handheld or console mode, using the touch screen or Joy-Con controllers.

Watch a new Switch trailer for Hero-U: Rogue to Redemption below.