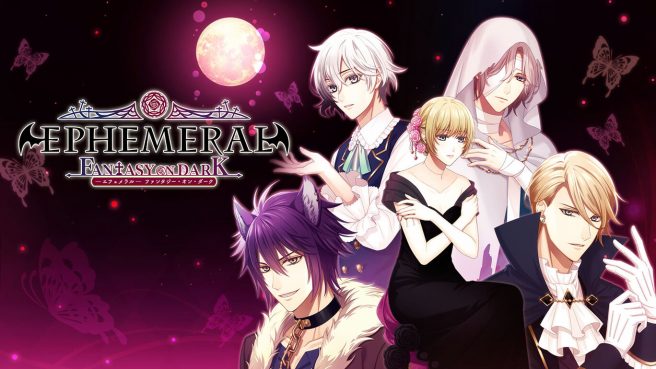 Dramatic Create today announced that it will be putting the otome visual novel Ephemeral: Fantasy on Dark on Switch next week. It’ll be out digitally on January 21.

Present the captivated dark fantasy with the attractive illustrations, a romance adventure game for you –

While the story keeps progressing, the choices will be shown. According to the choice you picked, the impression of the character toward you will be better.

Let’s keep raising the good impression and step to the Happy Ending!

We’ll recommend you, if you…

story
Fleeting, yet beautiful. The world of darkness-
The main protagonist, Cloe (name changeable) lived in a secluded town. Surrounded by wire fences, it felt like she was trapped inside a cage.

Zombies were the only residents in that town, and she wasn’t the exception. Many took their own life rather than to age away, but they were otherwise living a peaceful life. One day however….

As Cloe was hoping to see the outside world, she received an invitation. An invitation to attend a prestigious, diverse school only the most talented and skilled could join.