Otome visual novel even if TEMPEST announced for Switch 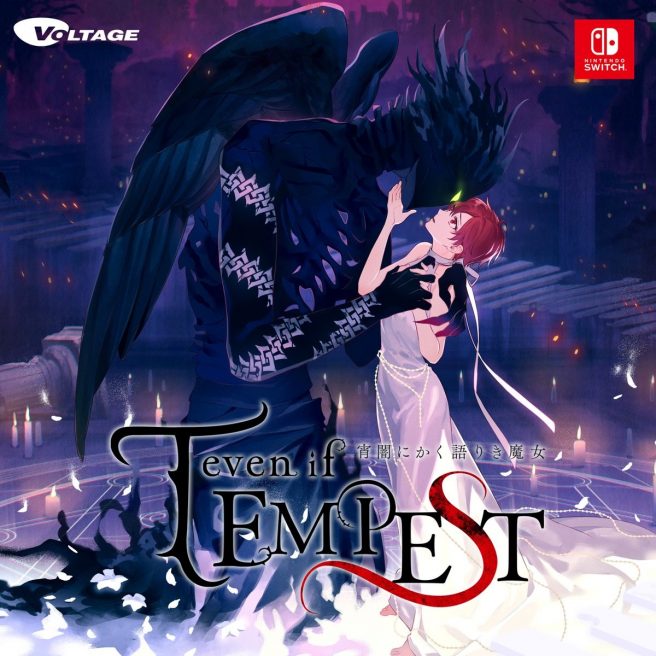 Today, Voltage announced even if TEMPEST, an otome visual novel. The game will debut sometime in 2022.

“Trapped by time, by fate, and by love.”

Raging flames sear her flesh. Scolding laughter weighs her down as lead. Her last moments are as she lived: bereft of love, void of hope, and overflowing with despair.

And then, she dies.

A witch whispers to the girl steeped in regret. “Don’t you want a second chance?”

The witch bestows upon her the power of the “Fatal Rewind,” and her charred life is returned to a pure white. A blank slate.

“This time, I will transform into the ideal version of myself.”

With this oath branded into her heart, she returns to life… Yet this resolve will only lead to further misfortune.

The curtain rises on the Carnival, and this witch trial shall herald the end.

You can find a trailer for even if TEMPEST below.

even if TEMPEST will be sold digitally for Switch via the eShop. Access the official site here.

More: even if TEMPEST, Voltage