Patrick’s Parabox on the way to Switch 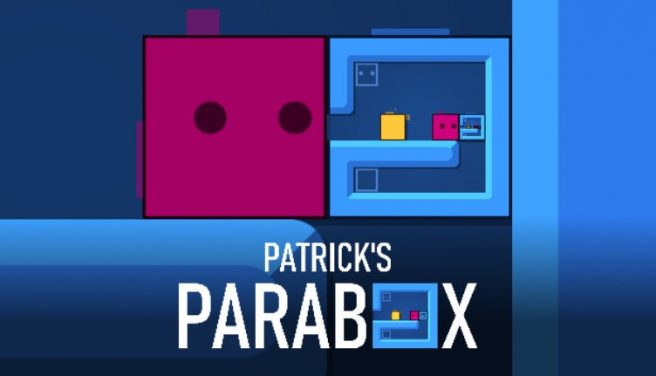 Draknek & Friends is putting Patrick Traynor’s well-received puzzle game Patrick’s Parabox on Switch, the company has announced. A release window has not yet been provided.

Patrick’s Parabox is an award-winning puzzle game that explores a unique recursive system of boxes within boxes within boxes within boxes. Learn to manipulate the world’s structure by pushing boxes into and out of each other. Wrap your head around what happens when a box contains itself, and learn to use infinity to your advantage. Explore many more mechanics and recursive twists as you delve deeper and deeper into the system. It’s boxes all the way down.

The game has over 350 hand-crafted puzzles, which are designed to make you think, but also to guide you and showcase the beauty of the system. Each puzzle contains a new idea; there is no filler.

A soothing, inquisitive soundtrack and sound design by Priscilla Snow reflects new mechanics as they are introduced.

Patrick’s Parabox won the Excellence in Design award in the Independent Games Festival 2020. The game was also an IndieCade 2019 festival selection and received the IndieCade Developers Choice award.

Get a look at a trailer for Patrick’s Parabox below.

Patrick’s Parabox will be sold digitally via the eShop. The game will be released “soon” on Nintendo’s console.