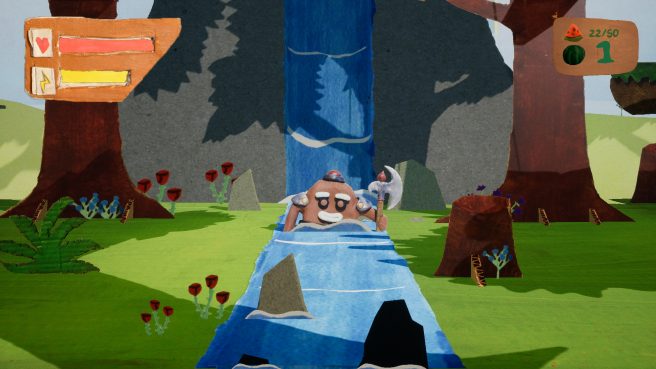 Publisher RedDeerGames have announced that platform adventure game Floogen will be coming to Switch eShop this week on March 31. A successor to The Neverhood, the game was created using stop-motion animation, and will see players taking on the role of one of three characters as they explore the game’s world. The game was released on Steam last year, and was created by solo developer Ian Levesque. Learn more about the game and view the announcement trailer below:

A WORLD TAPED TOGETHER

Floogen was created using real stop-motion animation – so there are elements made of cardboard, clay, paper, tape, and more! The world resembles a dream drawn straight from a child’s imagination.

FIGHT FOR MELONS!
Face off against your adversaries as one of three playable heroes with unique skills, in this bizarre adventure full of quirky characters! If you encounter problems along the way, upgrades can help.

Floogen will release on Switch eShop on March 31.