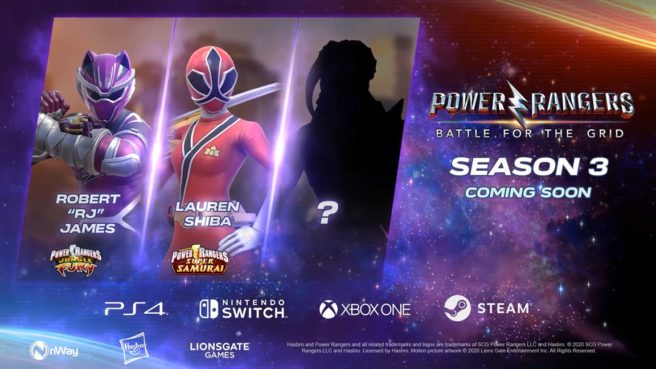 nWay today announced that it will release Power Rangers: Battle for the Grid Season 3, a new wave of content featuring Robert “RJ” James, Lauren Shiba, and a to-be-revealed third character plus a Phantom Beast King skin for Dai Shi. All players will also gain access to the Ultra “Samurai Megazord” and revamped Megazord Ultra activation conditions for free.

Here’s a full rundown of the content plus a teaser:

Season 3 features a mix of free and paid add-on content:

Phantom Beast King skin for Dai Shi
With his new power and the Phantom Beast Generals, Dai Shi was finally able to defeat the Rangers.

New Season 3 content will be rolled out over several months. The first release, featuring RJ, Dai Shi skin, Samurai Megazord, and the Megazord Revamp, will be available towards the end of June.

Players can purchase each individual Season 3 character for $5.99 or the full Season 3 Pass for $14.99, which includes all three characters along with the bonus character skin that is exclusive to the Season Pass.