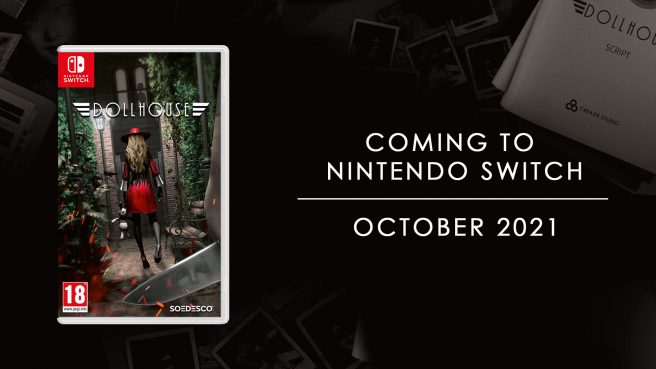 SOEDESCO and Creazn Studio have announced that Dollhouse, a psychological horror game, is in the works for Switch. A release is planned for October.

Here’s some information about Dollhouse plus a trailer:

This haunting horror game draws you into the mysterious atmosphere of film noir. Delve deep into the mind of Marie, a detective trying to unravel the secrets of her past memory by memory. Use the ‘Focus’ feature to see through the eyes of your pursuer as you try to survive a suspenseful game of cat and mouse.

– Escape your pursuer as you decipher the eerie story of your past
– Customize and upgrade your character with 40+ Abilities and Passives
– Scan the environment and see through the eyes of your pursuer
– Investigate procedurally generated maps, no restart is the same
– Experience the horror with HD Rumble, gyroscope camera and touch screen controls

Dollhouse will be available on Switch both physically and digitally.