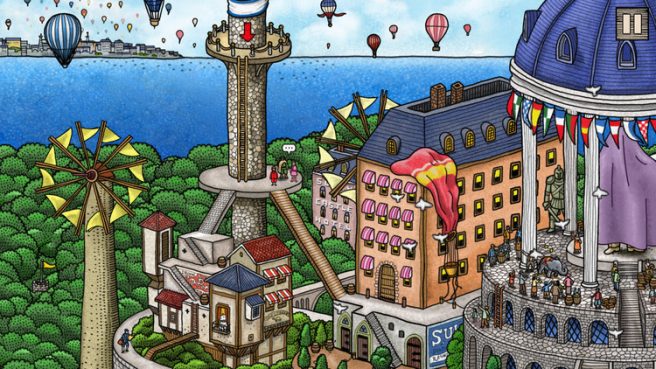 Pixmain and Darjeeling have announced Labyrinth City: Pierre the Maze Detective, a puzzle adventure game. A release is planned for 2021 on Switch.

Here’s an overview of Labyrinth City: Pierre the Maze Detective, along with a trailer:

From the award-winning designers that brought you Homo Machina (2018) and Californium (2015), Darjeeling brings you another revolutionary puzzle game that is one of its kind.

Fun, engaging, and beautiful, Labyrinth City creates 10 new visually-stunning universes for you to explore.
Play as detective Pierre, you must solve all puzzles to retrieve the lost stone from the notorious thief, Mr. X.
Crossing 10 different locations, you will encounter cute NPCs, and learn more about Opéra City, its surroundings and its citizens.

Storyline
A terrible crime has happened at the Opera City Museum! Mr. X, Pierre’s sworn enemy, has stolen and fled with a magic stone that can turn everything around it into a labyrinth. Under the call of the Opera City Museum, Pierre, the detective, must undertake a new set of adventure, across 10 different places, to retrieve the lost stone. The issue is urgent, and he must act now!