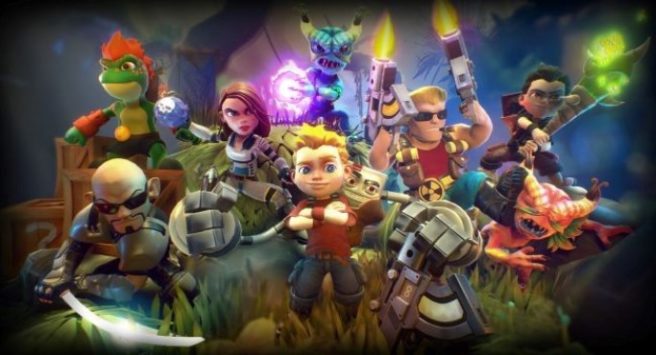 Following listings from retailers and other areas, Rad Rodgers: Radical Edition has been officially announced for Switch. A release is planned for early 2019.

Rad Rodgers is an action platformer, and will sport new content and features when it comes to Switch. This includes new characters such as Duke Nukem, a two-player co-op mode, a versus multiplayer mode, new abilities, new mini-games, a new overworld, and new levels along with new secrets, collectibles and unlockables.

Here’s some additional information on Rad Rodgers, along with a trailer:

Features
– Weapons: Dusty arms Rad with a variety of radical bad-ass weaponry. The Bolt Blaster has unlimited ammo, is easy to use, and more than enough firepower to get the job done. The Phoenix Cannon shoots out a fiery bird whose wingspan lights enemies ablaze as it flies by. There are 5+ weapons in this first chapter, with more to come.
– Sounds & Music: Our composer Andrew Hulshult combined his years of musical experience (both performing and writing) with his passion for retro-style gaming to create an amazing and authentic soundtrack for the game complete with MIDI-inspired music… And synthesizers!
– The Pixelverse: While Rad and Dusty are a great team, only Dusty can enter the electrified Pixelverse — a dangerous spacetime-breaking region that exists behind the game world. Dusty enters the Pixelverse when necessary to repair glitches in the running game world, allowing both Rad & Dusty to continue their journey.
– Classic Easter Eggs: The game features hard-to-find collectibles in sometimes even harder-to-find classic secret rooms. Use your precision platforming skills to collect ’em all.