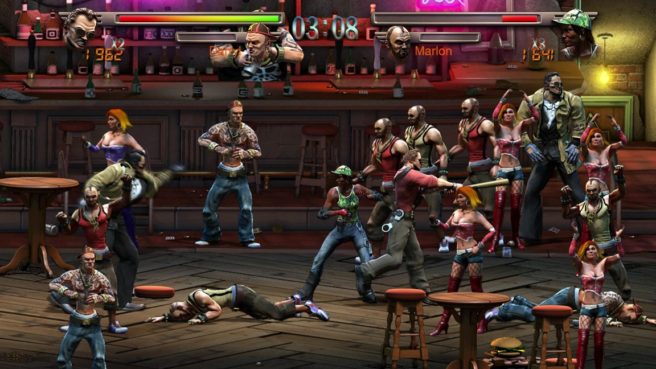 Nic Makin worked on a number of games at Rare. Kameo: Elements of Power and Perfect Dark Zero are just a couple of projects he helped develop in the past.

Makin opened his own studio MakinGames back in 2014. He’ll soon be coming out with the 2D scrolling brawler Raging Justice, which we now know is planned for Switch.

The Switch port of Raging Justice hasn’t started just yet. He’ll first need to get access to development hardware. But regardless, bringing Raging Justice to Switch is a “priority.”

We have more information about Raging Justice below, along with a trailer.

Raging Justice is a modern take on the 2D scrolling brawler that pulls the classic genre kicking and screaming into the 21st century.

In a city held to ransom by a mysterious crime lord, two maverick cops, Nikki Rage and Rick Justice, fight to prove that no-one is above the law. Whether you dare to take on the criminal world alone, or enlist a friend in a co-op attack, Raging Justice delivers a multitude of ways to defeat your enemies. As you are smashing through a bar fight with a bar stool, mowing down enemies on a lawnmower, or battling terrifying bosses, you can choose to play as good cop or bad cop. Will you arrest the criminals, or pummel them to the ground? The path you choose has consequences and leads to alternate endings.