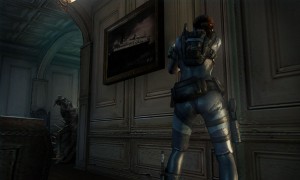 Oh, and it’s a portable game that I was playing in a crowded, well lit room with far too much background noise.

If you haven’t guessed it by now, or you’ve just never read any of my game reviews or articles, I’m a bit of a frame rate nut. I really like things to be at 60FPS, or at the very least a consistent 30, and anything that wobbles below gets an instant seal of disapproval from me. Seeing the footage of MGS3D going at the poor frame rate it was, and then seeing Resident Evil: Revelations’ graphical quality, I became worried that Capcom’s upcoming horror masterpiece would suffer from even worse performance issues than our good buddy Snake. Thank heavens I was wrong. 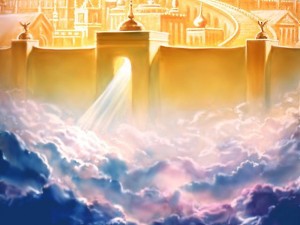 Everything about Resident Evil: Revelations blew my expectations completely out of the water. I thought it was going to be a poor controlling RE5-esque action game with a bad frame rate and more performance issues than I could count. Obviously I severely underestimated the power of the 3DS hardware, because bar none, RE:R is has the best technical graphics of any 3DS game I’ve ever played, and it’s tied for best overall visuals with Mario Kart 3D.

My time with the game began with Jill Valentine (the character you primarily play as, I assume) waking up in a bed inside a room that looked oddly like some rooms in the Resident Evil 1 mansion. She even makes a comment over her radio about its eerie familiarity. You walk around for a bit, get the hang of the controls, then drain a bathtub to find a screwdriver, whereby you enter the bedroom to unscrew some panel and a zombie (“creature” is probably a more accurate description) bursts from the closet. This was the first time I jumped while playing the game, and most certainly not the last.

1) I was playing the game in a crowded, well lit room.
2) Despite plugging in my headphones, the background noise was still far louder than the game soundtrack.
3) It’s on a very small screen.

Yet despite these things, I really truly jumped, and I smiled to myself after I realized this. I actually had just gotten a little scared from a Resident Evil game that I was playing at E3, and it wasn’t just the initial jump that got me. Soon after, I ran out of bullets and my heart raced as I scrambled to not die at the hands of this incredibly odd looking creature. All I could think was one thing. 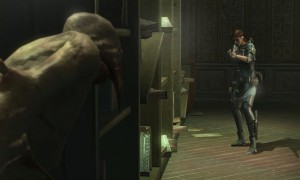 It was like Resident Evil 4 had meshed with Resident Evil 1 to create a lovechild that was so utterly wonderful that even playing the also-very-good Super Mario 3D couldn’t take my mind off of it. There is something to be said for its lack of originality, however. The game clearly takes influence from the Gamecube remake of the first Resident Evil title in terms of scare styles and atmosphere, but as far as I’m concerned that is fantastic news. Couple that with Resident Evil 4 gameplay and you’ve got a combination that is going to be incredibly hard to beat.

To actually play the game, it’s pretty simple: Walk with the control stick, aim with L, shoot with X (or was it Y…?), run with B, etc etc. It feels very similar in gameplay and control style to Resident Evil 4 on Gamecube, despite being on a handheld and not a full-blown console. In fact, pretty much the whole time I had with the game consisted of my drawing similarities to the feelings I had when first playing Resident Evil 4. It just felt really really good to play, no questions asked.

In the demo I only got to use two weapons, and I couldn’t figure out how to use (or if there was) a knife, which meant when I ran out of ammo my heart raced and I sweated all over the booth while the guy from GTTV was filming me. 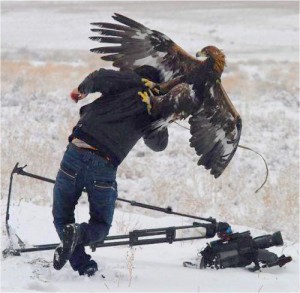 Good thing my pet eagle taught him a lesson.

The demo ended on a cliffhanger (of course), and I left the booth feeling great. It was at this point during E3 that I finally realized, despite the massive shortcomings of the 3DS’s current library of games, we have a very bright future ahead of us.

Resident Evil is back, and boy does it feel good.