Reventure is heading to Switch 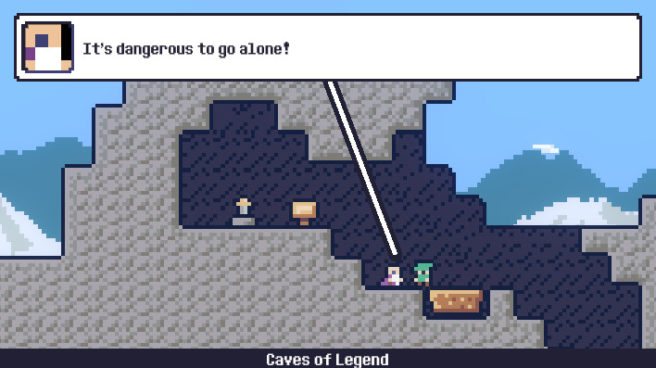 Reventure is coming to Switch, developer Pixelatto has announced. A specific release date has not been set at this time.

Reventure is a non-linear adventure title with 100 different endings. Find some additional details below, along with a trailer.

An adventure with 100 different endings
You are a wannabe hero who is supposed to do hero-ish things but sometimes blows that off and does crazy stuff instead.

One hundred different endings
Choose your path, every decision leads to a new ending.
Will you find the real one? Is there such a thing?
Only one way to know…

Lots of “Aha!” moments
The world doesn’t change with each new game, you do.
Well, actually it DOES change, but that’s a secret for you to find out.
A big bunch of unlockable stuff

New playable characters, hints, costumes, visual effects and more!
Bazillions of secrets and pop-culture references
They are, you know, secrets. So we won’t spoil them here 😉

Magic
Even a simple-looking-yet-amazing game like this takes a lot of time and big piles of money to make, but you can get it for only a few bucks.
How’s that for magic?

Time travel, battle royale fights, mimics, permadeath, shotguns, mining, resource gathering, base building, global leaderboards, farming…
Ok, we may have had exaggerated on that one…
OR HAVE WE???

Humor
Yup, there’s that too.
Available in many flavours.