Risk of Rain 2 rated for Switch 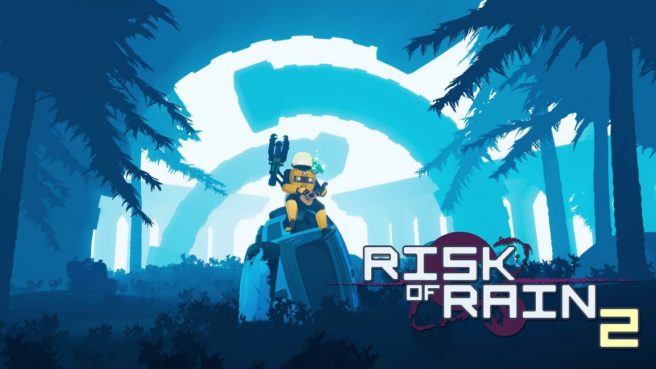 Risk of Rain 2 may have a chance of coming to Switch. Earlier this week, the game was rated by the USK – Germany’s classification board. Ratings don’t always guarantee upcoming releases, but this could be a sign that Hopoo Games and Gearbox Publishing are considering Risk of Rain 2 for Nintendo’s platform.

Here’s an overview of Risk of Rain 2 plus a trailer:

Co-op roguelike action
The classic multiplayer roguelike, Risk of Rain, returns with an extra dimension and more challenging action. No run will ever be the same with randomized stages, enemies, bosses, and items. Play solo, or team up with up to four friends to fight your way through hordes of monsters, unlock new loot, and find a way to escape the planet.

Constant battles and incredible bosses
With each run, you’ll learn the patterns of your foes, and even the longest odds can be overcome with enough skill. A unique scaling system means both you and your foes limitlessly increase in power over the course of a game–what once was a bossfight will in time become a common enemy.

Old favorites return and undiscovered challenges await
Myriad survivors, items, enemies, and bosses return to Risk 2, and many new ones are joining the fight. Brand new survivors like the Artificer and MUL-T debut alongside classic survivors such as the Engineer, Huntress, and–of course–the Commando. With over 75 items to unlock and exploit, each run will keep you cleverly strategizing your way out of sticky situations.

Key Features
– Play four player co-op seamlessly through Steam – no more port forwarding
– Unlock over 75 items over time, keeping each run fresh and full of new challenges
– Play and unlock new and returning survivors, each with their own abilities to master
– Theorycraft and exploit endless item and character combos
– Encounter challenging monsters and enormous bosses
– Explore massive, handcrafted 3D levels
– Discover lore through the collection of Monster, Item, and Environment Logs
– Challenge your friends—and the world – in all-new Prismatic Trials, a unique seeded run where everyone can race up a global leaderboard

Those who are looking for some Risk of Rain action on Switch can find the first game on the eShop. It released on the system last September.