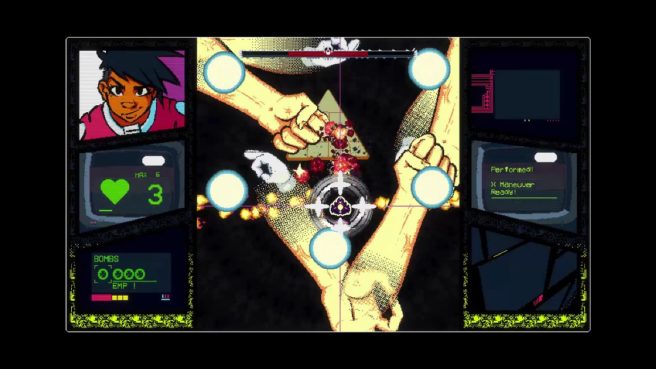 Panda Indie Studio has confirmed that its rogue-lite shooter Project Starship X will be available on Switch in the future. It will initially debut on Steam this month, followed by a release on Nintendo’s console later on.

Here’s some information about Project Starship X as well as a trailer:

The Rogue-Lite shooter where you CRASH-KILL comical abominations!
​Pilot your spaceship as Swagthulhu in this original and wacky “Lovecraftian Parody”!

Colorful characters and surreal situations! A hilarious take on “cosmic horror”!
Features
– Swagthulhu!
– You can crash your ship right in the enemy’s face, and you will be the one who comes out unharmed!
– Multi-Purpose dodge mechanic!
– Roguelite action: high Replayability thanks to procedural generation!
– 14 Levels with their own theme. But not to worry, you’ll play just 5 of ’em in each run!
– Tank Modules, Bowling, Throwable Items, Bombs, Spoons (???), and much more;
– Absurd Powerups, that will transform your spaceship into a dangerous killing machine!
– Magnificently crafted chiptune music, composed by Sinoryu.
– Mad Events, remixing the action!
– Multiple modes! Hardcore, Ultra-Hardcore, Boss Rush, and Chaos Mode!
– Secrets and Mysteries!
– “Difficult but Fair” action! All the dangers are well telegraphed!
– Surreal and funny situations, enemies, and bosses!
– 16-Bit graphics with a modern twist! Pumped effects and screen shake!

The original Project Starship is out now on the Switch eShop.