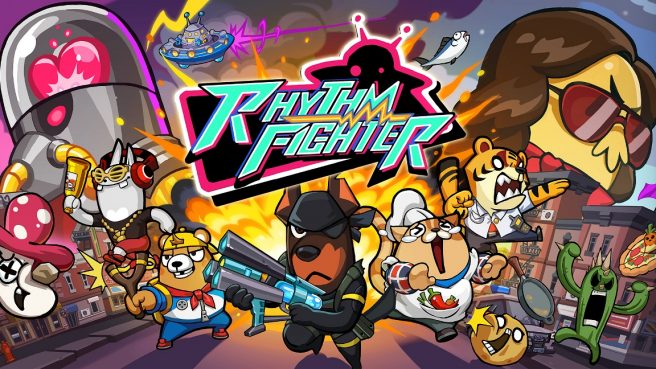 Coconut Island Games and Echo Games today announced that Rhythm Fighter, a roguelike action beat ’em up, is in the works for Switch. It’s slated for release next month.

Here’s an overview of Rhythm Fighter, along with a trailer:

This is a roguelike horizontal action game that players need to follow the beats to defeat opponents. Beats to follow, fist to the bone. Face the foe, and dance to kill!

Commander Chaos, the most infamous Beatarain in this universe. Finally, he set his mind on the Planet Earth, and destroy the peaceful life of animals and vegetables. He use dark Beat Energy, and turn all the lovely vegetables into evil minions in a blink. They wreak havoc all over the world. Countless animal heroes have sacrificed. The evil purpose of Commander Chaos will succeed in an instant.

At the critical moment, a mysterious man, Mr. Disco, who also came from Beatara, has befall this planet. He use bright Beat Energy and revival all exhausted heroes. With all the help from this mysterious force, heroes gradually mastered a way to defeat darkness. They can follow the beat! Then, they embark on a journey to save the planet. But the true purpose, no one knows…

Rhythm Fighter is a hardcore game that combine 2D Roguelike with rhythm. In this game, you need to follow the beat, fist to meat. At the same time, you need to pay attention to move, roll, batter, etc. You need to face strong opponent and show your courage, create your signature move.

Randomly generated battlefield, special room that full of surprise, hundreds of cool skill and different weapons presented in front of you. What are you waiting for?

DJ, agent and pupils, etc. We continually update all kinds of heroes. There are various choices for you! From character design to style, from skills to operating, they all have their own features. It is too hard to refuse!

With numerous combinations of skills and weapons, you can show the most astonishing playing method and shock the world!

Rhythm Fighter launches for Switch via the eShop on January 14, 2021.