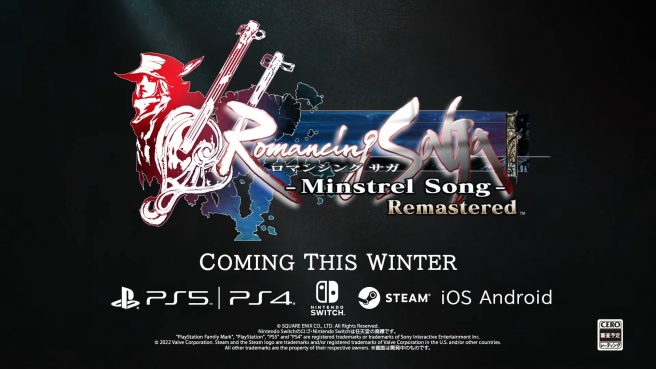 In today’s SaGa Series Official Broadcast, Square Enix have announced Romancing SaGa: Minstrel Song Remastered will be coming to Switch, and have shared a first-look trailer at the game. The game was originally released for PS2 back in 2005 in Japan and North America, and is itself a remaster of the original Romancing SaGa released on the Super Famicom in 1992. Check out the trailer below:

Romancing SaGa: Minstrel Song Remastered will arrive on Switch this winter. We’ll let you know when we have an exact date.