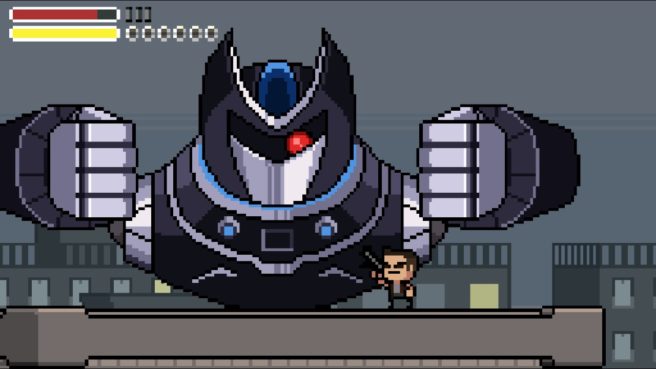 Brotherhood United, a run and gun game, will be releasing on Switch next week. Publisher Silesia Games and developer Myoubouh announced today that the title is slated for March 12 on the eShop.

Here’s an overview of Brotherhood United, along with a trailer:

When the time of crisis comes and one of your friends is captured, you gotta stand your ground and fight for your partners. When someone messes with the brotherhood, you make sure they pay for that, no matter what.

Pick your guns and blast your way through hordes of enemies on this run and gun game as a member of the Brotherhood who leaves no friend behind.

20 levels with 3 sub quests each
5 customization options with more than 4 items each
Local co-op
Cool weapons and grenades to burn them all !
8 Bosses that will put your skills to proof
Great OST that will really catch you