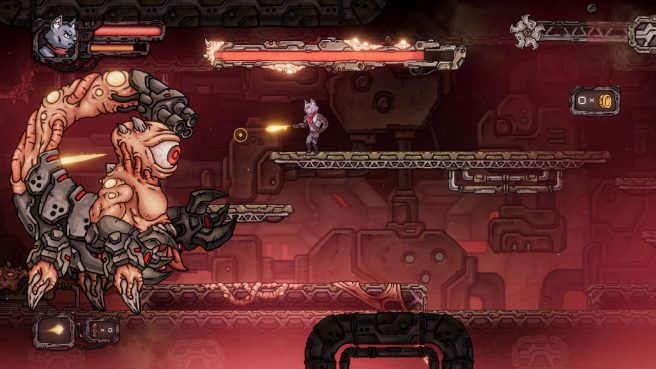 ChiliDog Interactive and BigBread are putting Boom Blaster on Switch next week, according to an eShop listing. The run and gun shooter is planned for a February 19 release.

A group of space prisoners took their chance to escape. But their road to freedom would not be so easy. Meet all kinds of classic monsters and deadly enemies — from small acid insects to huge one-eyed bosses with guns and bad temper.

Each character has a unique set of skills and abilities. Use them with a vast selection of weapons such as machine guns, grenades, lasers, flamethrowers, rockets and much more!

All these features are spiced up with memorable chases, epic flights, gunfights and hundreds of ways to amputate tons of monsters limbs!

Boom Blaster will cost $4.99. If you’re interested in the game, pre-orders are open on the eShop.