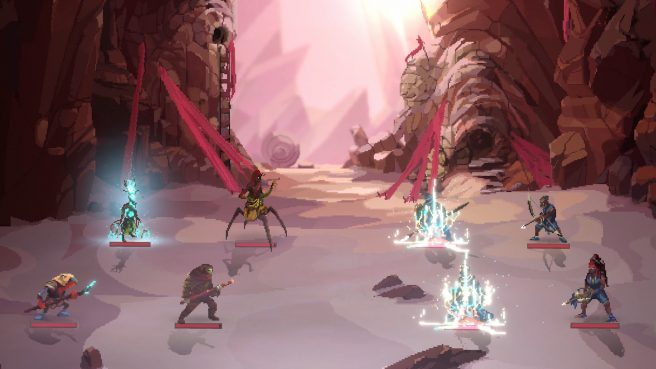 Every decade, the Mka tribe sends caravans of adventurers into the Phithi, the meteorological chaos that keeps the Uwando tribes isolated from each other and makes life outside the refuges almost impossible.

Their mission: to establish diplomatic and trade relations, to explore and reclaim the lands left to the mercy of monsters and pirates, and, most importantly, to plant a new tree city that can become a refuge for the Mka and their allies. Regardless of the success or failure of their mission, the caravans must send the memories they have gained back to the capital, using the crystospheres carried by traveling beetles.

The first trailer for Sandwalkers can be seen below.