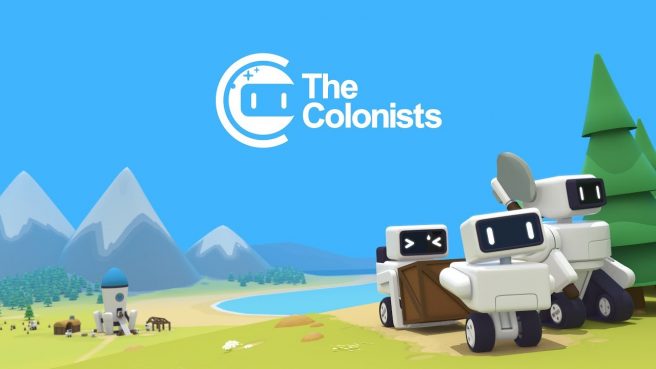 Today, Auroch Digital and Mode 7 announced plans to release The Colonists on Switch. The settlement building game will arrive on the console later in 2021.

Here’s an overview of The Colonists:

The Colonists is a relaxing settlement building game inspired by classic titles like The Settlers and the Anno series.

Take on a series of individual campaign missions, play randomly generated maps, compete on player-designed creations or build your colony unfettered by any constraints in the sandbox mode.

You take control of a team of self-replicating robots built to simulate human civilisation. After escaping Earth, The Colonists are now free to roam the galaxy in search of a new home and construct their dream settlement.

You’ll advance through three different Ages as you build infrastructure for your colony by constructing road, boat and train transport systems.

With two separate mission tracks, The Colonists lets either you create sprawling settlements in peace or race to compete against AI colonies in military winner-takes-all scenarios.

Explore, research, manage, tweak and refine to your heart’s content.

– Campaign: 14 missions split into separate peaceful and military tracks
– Random Maps: Play on a near-infinite amount of procedurally generated maps
– Sandbox Mode: Customise various game settings to play the game how you like
– Frontiers: Play and compete for the best time in a brand new map every month
– Challenge Trophies: Special speed-run challenges which test the most expert colony builders
– Map Editor: create, play and share your own maps

We have a trailer below that should give you a better idea as to what The Colonists has to offer.