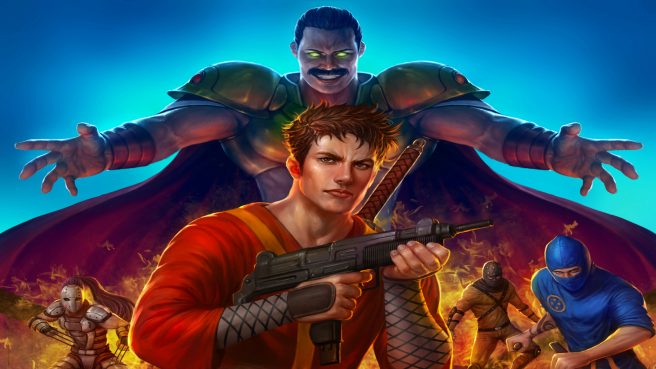 JKM Corp has announced that their arcade style ninja action game, Shadow Gangs, is coming to Switch January 2021. Check out an overview and initial launch trailer below.

The graphics are HD hand drawn and traditional style animated.

The soundtrack was made by a lead guitarist over a 5 years period.

You play the role of Dan the current ninja order master.

Your mission is to rescue your family from the Shadow Force crime organisation, whose members are known as the Shadow Gangs.

Use your ninja transformation ability and your special powers.

Venture over 10 levels, defeat the 6 bosses, save your family and defeat
the Shadow Gangs.

Live The Legend Of Dan The Crimson Ninja!

Shadow Gangs is scheduled to launch digitally on the Switch eShop on January 7.