Shadow Man Remastered getting a physical release on Switch 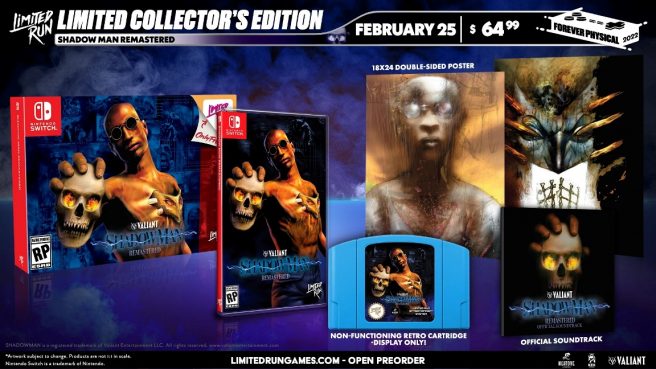 Limited Run Games has announced that Shadow Man Remastered, which landed on the Switch eShop not too long ago, is now getting a physical release.

Fans will be able to order either a standard version or “Classic Edition”. The latter version includes a physical copy of the game, Shadow Man Classic Edition Box, non-function cartridge for display, a double-sided poster, and official soundtrack.

Below is an overview of Shadow Man Remastered:

A possessed man is coming, a voodoo mask in his chest and lines of power in his back. Shadow Man is coming, trailing evil from Liveside to Deadside. To stop an apocalypse. To save your soul.

Pre-orders for the physical editions of Shadow Man Remastered begin on February 25, 2022. Limited Run Games will have reservations for four weeks on its website here.