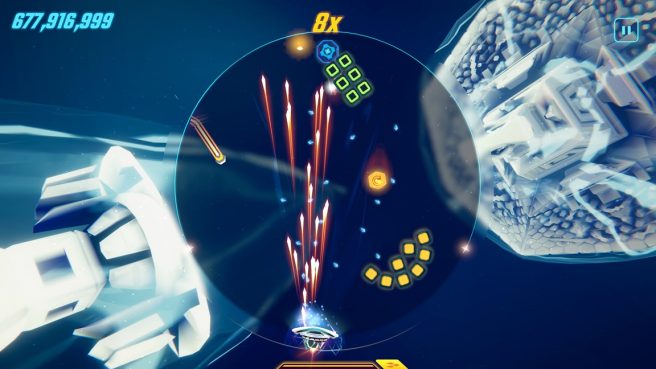 PikPok has announced Shatter Remastered Deluxe, an optimized version of the intense arcade action game. Switch will be getting the title in late 2022.

Master mind-bending physics to manipulate and bounce balls at increasingly complex geometric structures, destroying bricks with intuitive controls fine tuned for console, Mac and PC. Take advantage of the unique “Suck and Blow” mechanic to control the angle of each ball’s trajectory for precision attacks. Grab essential powerups like the Unstoppaball and Maneuveraball to deliver maximum damage.

Work your way through 71 levels of intense action that present unique challenges as you progress. Whilst navigating 10 distinct worlds, you will line up precision shots in an attempt to win insane boss battles, which will require you to collect Shards and unleash the powerful Shardstorm. A thumping original soundtrack from acclaimed producer Module, keeps you in the zone and deepens the already immersive experience.

The first trailer for Shatter Remastered Deluxe can be found below.