Shiren the Wanderer: The Tower of Fortune and the Dice of Fate details – Live Exploration Display, new features and dungeons 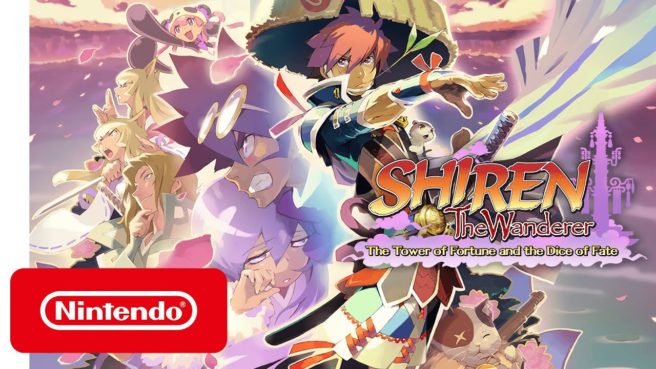 This week’s issue of Famitsu provides an update on Shiren the Wanderer: The Tower of Fortune and the Dice of Fate. Aside from providing information on a Live Exploration Display feature, the magazine also outlines new features and a trio of dungeons that have been added.

– A new feature that displays the player’s belongings, status, and other information in an inverted L-shaped area created by slightly downscaling the game screen to the upper left
– It can be turned on or off at any time
– According to the game’s director, this feature is convenient for “Let’s Play” videos

– Once heard, background music is registered to a guide and can be replayed at any time
– “Wanderer Rescue” allows you to rescue players who were defeated in dungeons, as well as be rescued by other players when you yourself have been defeated
– Wanderer Rescue is now supported worldwide, including North America, Europe, and Japan
– You can also limit requests to players of the same language

– Corridor of Life and Death: Set your own target turn before entering. When that turn comes, a gust of wind will blow and result in failure
– Garden of the Fate God: Playable after clearing the game. Earned experience points decreases based on number of attacks and increases with one-shot kills
– Bladeless Wasteland: No weapon drops

Shiren the Wanderer: The Tower of Fortune and the Dice of Fate releases for Switch on December 2.

More: Shiren the Wanderer: The Tower of Fortune and the Dice of Fate, Spike Chunsoft