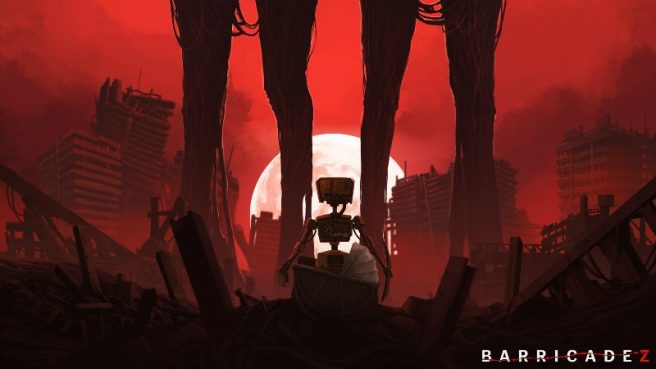 FlyPenguin has announced that Barricadez ReVisited, its 2D survival tower defense game, is set for release on Switch next week. It will be available on September 30.

Barricadez is a side-scrolling tower defense game that combines survival mechanics such as resource gathering, crafting and upgrading with the aim of protecting the defenseless cradle against endless hordes of zombie-like creatures. Explore the underground world for resources to exploit, valuable blueprints and upgrades to acquire, going deeper and deeper for more rare resources. Prepare your traps and barricades during the day to hold out until dawn against the endless hordes of the zombie-like creatures through the night. Take advantage of the autocrafting system to automate crafting supplies and ammunition for your traps.

Arrange your base to tackle the variety of zombies and mutants, all of whom require a different approach to deal with. Killing the creatures gives you engrams, a resource that allows you to upgrade your skills and traps. Utilize the rotary and vertical excavators as extra sources of resource gathering, while drones allow you to automate the extraction of those materials. The creatures of the night will stop at nothing to destroy everything, it’s up to you to build a strong base to protect the last beacon of hope of humanity.

– Gather Resources by exploring the underground. The deeper you go, the more resources you can find as well as newer materials for upgrades.
– Build and design the most effective defensive fortifications to protect the last child of humanity.
– Utilize a wide array of traps to defeat the encroaching monsters by arranging the traps along a path that you force the monsters to follow.
– Traverse and explore a procedurally generated map to find powerful blueprints that can be used to expand your arsenal, and upgrade your defenses during the day in preparation for the night
– Upgrade your base defenses with stronger materials to increase your odds of success, or use augments to change the way some facilities function.
– Adapt your defenses on the fly depending on the type of enemies you fight. Different enemies require different strategies.
– Make use of the autocraft system to provide your traps with ammunition to continually defend against the monsters.

We have a trailer for Barricadez ReVisited below.

Barricadez ReVisited can be pre-ordered on the Switch eShop now where it costs $14.99. Access the official website here.