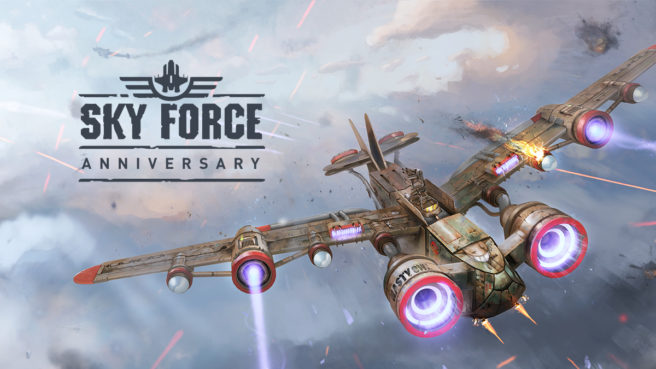 Infinite Dreams brought Sky Force Reloaded to Switch earlier this year. According to a new North American eShop listing, the company will soon be releasing Sky Force Anniversary as well.

Here’s a proper overview and trailer:

Over a decade ago, IGN said, “Put simply, Sky Force is amazing.” Scoring an incredible 9.5 out of 10. And now it’s back. Bigger, bolder and more intense than ever.

This 10th anniversary edition adds incredible depth to the series through stunning 3D graphics, intuitive controls and a powerful upgrade system that’ll keep you blasting for hours on end.

Sky Force Anniversary will be out on November 8.