Skyforge launches for Switch in February 2021 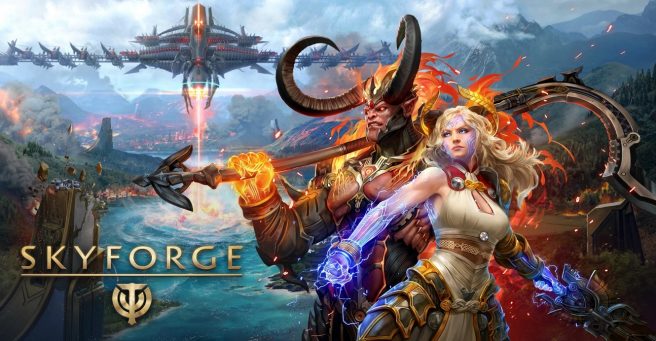 My.Games and Allods Team have set a Switch release date for the sci-fi MMO Skyforge. The game will launch digitally on February 4, 2021.

Those who complete the tutorial missions within the first few weeks of release will receive the Cyber Warrior Costume as well as five more divine cosmetics to gear their Immortals up with. Founder’s Packs will also be offered, which contain the Switch-exclusive Callsign NX Wings, featuring color schemes inspired by Switch’s Neon Red and Neon Blue Joy-Con controllers.

Here’s an overview of Skyforge:

New Immortals will be able to journey to worlds beyond, awaken incredible powers, and defend the planet Aelion from Invasion across hundreds of hours of adventures, fully optimized for Nintendo Switch.

Though the launch date has changed course slightly, the developers are working hard to ensure that this version of the game is of the same calibre as other platforms. Development is currently in the final stages and the extra time will be used to make Skyforge shine on its new home.

New and exclusive content is also being prepared in time for launch. Players who complete the tutorial missions within the first few weeks of release will receive the epic Cyber Warrior Costume, plus five more divine cosmetics to gear their Immortals up with!

New Founder’s Packs containing the Switch-exclusive Callsign NX Wings, with colour schemes inspired by Switch’s Neon Red and Neon Blue Joy-Con controllers, will be available from Nintendo eShop at launch. Shortly afterwards, the first Invasion event already has Aelion in its crosshairs for a post-launch assault.

Skyforge will be available to download for free from Nintendo eShop (a Nintendo Switch Online subscription is not required for online play). Future content updates, including the release of the first Invasion, will also be available for free.