SkyScrappers arrives on Switch this month 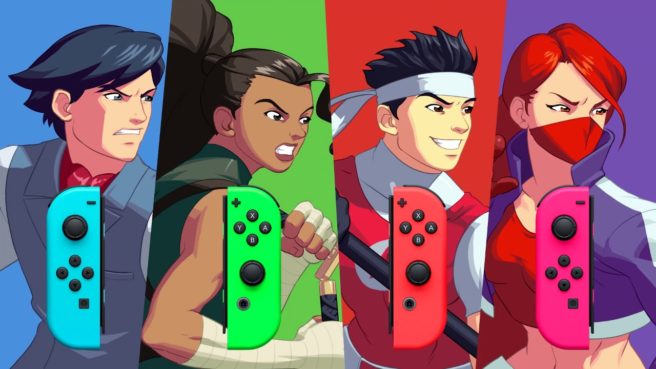 Ground Shatter and Ant Workshop are bringing SkyScrappers to Switch, the two companies announced today. A release is planned for October 29.

SkyScrappers is described as “a retro-inspired vertically scrolling platform fighting game” in which “players scrap and scale their way to the top of a falling skyscraper – as it crumbles around them – in the ultimate thrill-seekers, daredevil race”. Find more details and a trailer below.

There exists a secret group of international risk-takers who seek sky scrapers planned for demolition to use as their playground, as they fight one another and race skyward through falling debris before the building crashes to the ground… or they do.

SkyScrappers thrusts players into the heart of exploding sky scrapers, where they must race, scrap and scale their way up crumbling brickwork in the ultimate daredevil race to the top. Players must time their ascent to navigate treacherous debris and utilize falling platforms, while attacking their opponents to force them to the bottom. SkyScrappers includes two-four player local multiplayer and single-player campaigns, with a range of modes to master.

Working proudly in conjunction with seasoned publisher, Ant Workshop, to bring SkyScrappers to the Nintendo Switch; Ground Shatter are excited to introduce a brand new and exclusive vertical Tate mode developed exclusively for the platform.

SkyScrappers can be pre-ordered on Switch now.