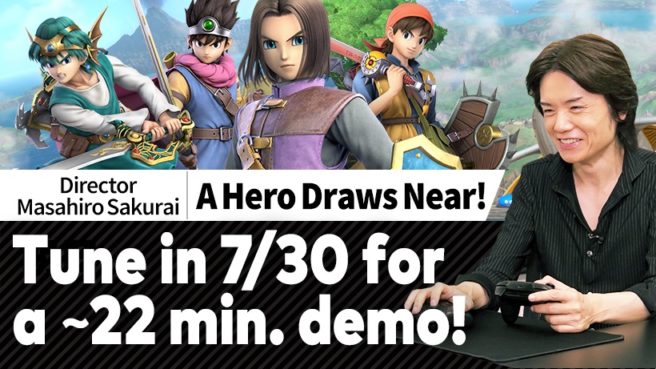 Nintendo will give fans a proper look at Hero, the next Super Smash Bros. Ultimate character DLC, during a video presentation on July 30, the company has announced.

It will debut at the following times:

Super Smash Bros. Ultimate director Masahiro Sakurai will host the 22-minute presentation. Aside from showing off the character, we’ll learn when Hero will be available.