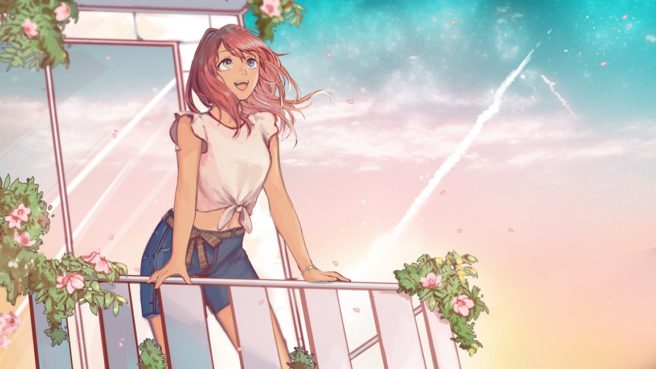 Studio Elan has announced Summer at the Edge of the Universe, a solarpunk lesbian visual novel. It will launch for Switch in 2021.

Summer at the Edge of the Universe is an upcoming solarpunk lesbian visual novel from Studio Élan.

After drifting apart for several years, a chance encounter brings four best friends back together for the journey of a lifetime. For Summer Nansen (CV: Hikaru Station), this trip is not only a chance to rekindle old friendships, but also to discover what it is she wants out of life. Alongside a new robot friend named Curiosity, the four girls travel from planet to planet, exploring the natural wonders and diverse alien cultures that they come across. Their journey culminates at the borderline of existence itself: the very edge of the universe.

The game features three routes, each centered around one of Summer’s friends. Every route contains both romantic and platonic endings. More fantasy than sci-fi, Summer aims to be a positive and uplifting experience, with one of the core tenets for the game being “good vibes only.”

More: Studio Elan, Summer at the Edge of the Universe