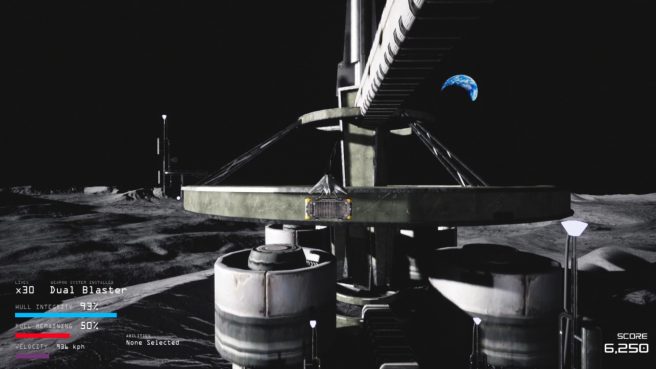 Winteryear Studios has announced that New Terra, its multidirectional gravity-based space shooter, is landing on Switch next week. A release is planned for April 28, 2022.

When there are dangerous space contracts no one else is willing to take… They call you.

You pilot an old paramilitary space fighter called the Edgecrusher and find yourself on distant planets, deep under alien oceans and in far away galaxies.

Fuel doesn’t last long on this ship, and it’s hard to come by.

Conserve your resources and act fast or you won’t make it out alive.

So… You tell me… Are you ready to be captain?

Have a look at a trailer for New Terra below.

New Terra will be sold as a digital download on the Switch eShop, though pricing hasn’t been announced just yet.