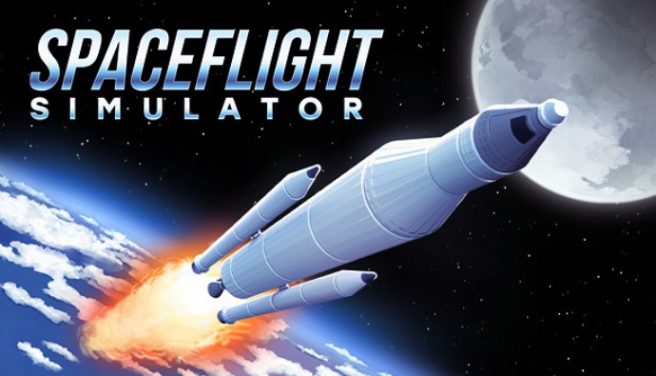 Developer Stefo Mai Morojna has announced Spaceflight Simulator, a game with real-life physics where astronauts and engineers build their own rockets and explore the universe. Switch will be getting the game in 2022 simultaneously with the PC 1.0 release.

In Spaceflight Simulator, players can choose from a ton of different parts including fuel tanks, payload systems, and engines employing completely accurate rocket physics. They can then construct advanced spaceships capable of reaching the furthest depths of the Milky Way. Mixing and matching parts to create a unique rocket is possible, though players can also recreate famous SpaceX, Apollo, and NASA rockets.

Outside of building rockets, players can explore a vast and realistically sized solar system. These include the extreme heat and dense atmosphere of Venus, the cold red dusky mountains of Mars, its low-gravity twin moons Phobos and Deimos, or even initiate a Moon landing with easy to pick up but challenging to master controls.

Take a look at a trailer for Spaceflight Simulator below.

Spaceflight Simulator will launch on the Switch eShop with support for English, Spanish, French, Portuguese, Italian, German, Dutch, Polish, Turkish, Russian, Arabic, Malay, Indonesian, Korean, and Japanese languages. We’ll have more on the game leading up to launch in the months ahead.