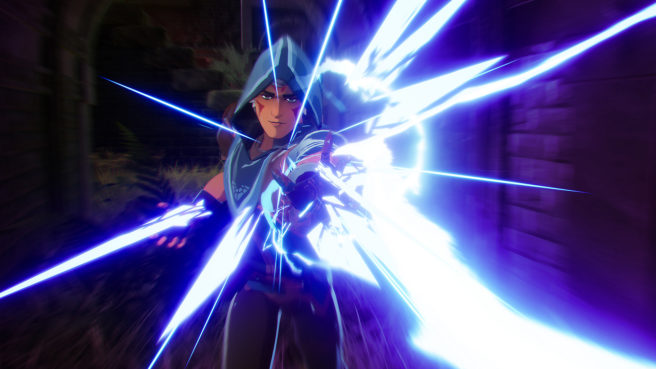 Proleatariat has provided an update on the fantasy battle royale game Spellbreak. When it launches on Switch, the title will be offered as a free-to-play game.

Proletariat CEO Seth Sivak said in a statement today that the studio “wanted to make sure that it would be as easy as possible for Spellbreak players to play with their friends, and making the game free-to-play helps us reach that goal. Going free-to-play and ensuring the game will be cross-play on day one reinforces our goal of making sure Spellbreak will be accessible to as many people as possible.”

Here’s an overview of Spellbreak, along with a trailer:

Spellbreak is an epic fantasy action spellcasting game where players choose a class, weave spectacular spell combinations and fight other players to become an all-powerful battlemage. Spellbreak features a deep item and class system that allows players to dominate the Hollow Lands as a solo competitor or play with friends in a non-stop quest for survival.

Be a Pyromancer and cast massive Flamewalls as you fly across the battlefield. Turn around and toss a Toxic Cloud to turn the whole thing into Dragonfire! Or maybe you’d rather be a storm-riding Tempest and launch yourself skyward with a Tornado or pull your enemies into it only to cast a shocking lightning storm? Team up with friends on other platforms and lay a path of ice for everyone to skate on as a Frostborn.

– Mix and match dozens of spells, sorceries, runes and items with six different classes to match your own playstyle.
Play with your friends and enemies in multiple game modes, including Battle Royale and Clash.
– Follow along with the story from month to month as a part of the Chapter system to uncover what’s going on in the Hollow Lands and the world of Spellbreak and earn exclusive rewards.
– Spellbreak has been in testing for more than a year and since alpha started has received over 30 updates, adding more content, classes, items, spells, and game modes. It’s an ever-growing and evolving game with responsive and accessible developers who are eager for your feedback to help improve the game.

Spellbreak will be made available on Switch later in 2020.