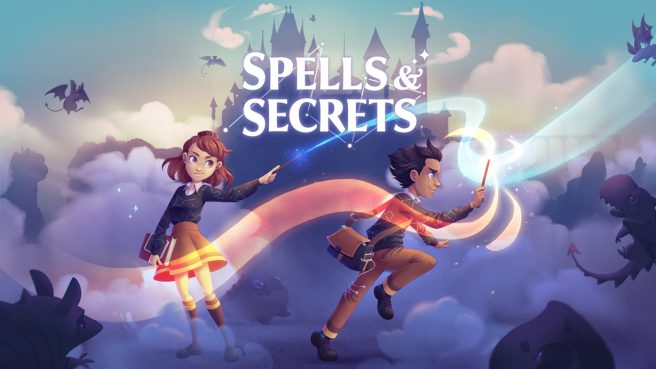 Publisher Rokaplay and developer today announced Spells & Secrets. The game is in planned for Switch where it will launch in 2023.

According to Rokaplay, Spells & Secrets is a modern-day fantasy roguelike that takes place in a procedurally generated wizarding school. With an in-depth character creation feature, players will be able to make their own wizard. The game also has physics-based magic with players being able to use clever combinations of spells to get the upper hand against puzzles and enemies.

In Spells & Secrets, you play as a first-year student of the magical arts at the Academy of Greifenstein, a modern day wizarding school. A strange incident on your first day has thrown Greifenstein into turmoil. Now, it’s down to you to venture into the procedurally generated castle grounds and save the school!

Players can craft their own wizard using in-depth character creation, team up with a friend via local co-op, and get creative with an arsenal of physics-based magic, using clever combinations of spells to get the upper hand against puzzles and enemies alike.

Delve into the castle grounds and discover all manner of secrets, including minigames!

Use a detailed character creator to make your own wizarding student

Solve mysteries as you delve into the shapeshifting Academy of Greifenstein

Find powerful artefacts, potions and spells, and improve your character on each run

Alongside today’s announcement, Rokaplay has opened a Kickstarter campaign for Spells & Secrets where fans can show their support. View the crowdfunding page here.