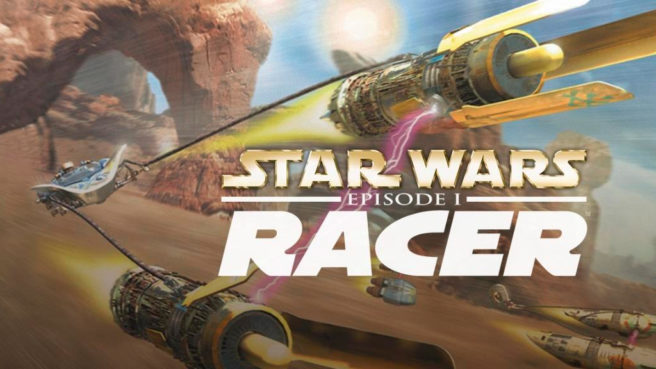 Aspyr has already ported a couple of classic Star Wars games to Switch, and that trend is continuing. It was announced during today’s Nintendo Direct Mini that the title will release on the eShop “soon”.

Two Engines. One Champion. No Limits.

Climb on, strap in, and experience the pure adrenaline-pumping excitement of the Podracing sequence from Star Wars: Episode I The Phantom Menace.

Take the controls as Anakin Skywalker, or any one of over 21 Podracers, and feel the full-force blast of two massive jet engines at simulated speeds of up to 600 mph. Rein in a turbine-driven chariot through 8 spectacular worlds. Negotiate through flaming methane lakes, Tusken Raider assaults, ant-gravity tunnels and much more in a pulse-punding, do-or-die fight to the finish where anyone will do anything to cross the finish line. How far will you go?

• Relive all the thrill and excitement of the Podracer sequence from STAR WARS: Episode I.
• Hang on tight – with afterburners on, Podracers max out at a simulated 600 mph!
• Race in furious competition against 21+ opponents.
• Take on over 21 tracks on 8 unique worlds!
• Avoid hazards such as methane lakes, meteor showers and Tusken Raiders.
• Spectacular 3D environments.
• Vehicle sound effects and epic soundtrack taken directly from Episode I.