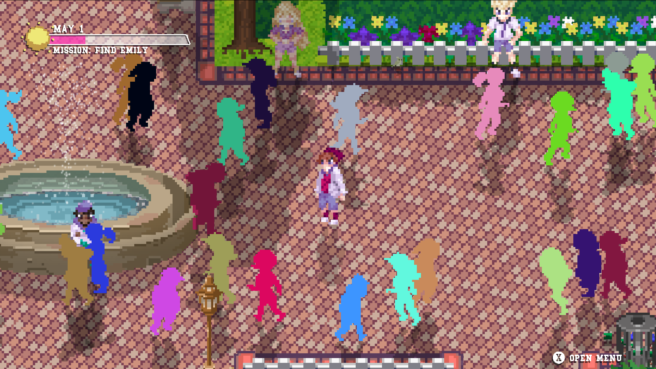 Slice of Life has a number of features, including co-op in Story Mode, multiplayer modes, customization system, social links, and more. We have additional details and a trailer below.

Slice of Life tells the story of Drake Lacasse, as he rebuilds his life after an unfortunate mishap. The player has to balance their time around making new friends, training on the tennis court and keeping up with studies. Get to know a large cast of colorful characters, building bonds to unlock your full potential. Strong bonds nab you perks, which can be used to customize your build on the court.

The game features arcade-style tennis action. Easy to enjoy, but satisfying to master. Beyond the standard tennis, you can grab a buddy and tackle tons of exciting modes on the court. The game features drop-in Co-op in the Story Mode, and several multiplayer modes focused around cooperation.

Players will follow Drake as he slowly pieces together the truth behind his past. Framed and defamed, Drake is given a second chance at Rosegate University. Investigate with your pals, and discuss the evidence on the path towards justice!

Slice of Life launches exclusively for Switch in Q2 2020. A more specific date will follow soon.