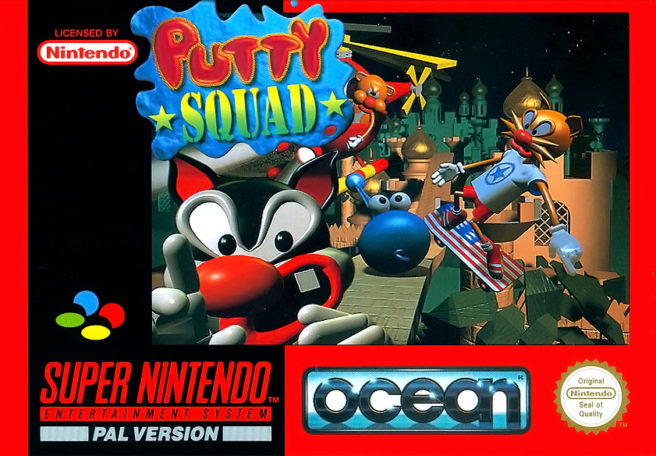 System3 is bringing Super Putty Squad to Switch, according to a listing on Amazon UK. The retailer has a tentative release date up of December 1.

Putty Squad first appeared in 1994 on the SNES. A new version of the game also came out a few years ago on various platforms, including 3DS.

We assume that Super Putty Squad for Switch is based on the classic release or the newer remake. Amazon’s listing mentions that it will feature “stunning new rendered graphics, retuned and refined gameplay elements combined with an all new tutorial mode for supreme playability.”

Here’s the full rundown of information from the page:

This critically acclaimed platform adventure is back with stunning new rendered graphics, retuned and refined gameplay elements combined with an all new tutorial mode for supreme playability.

Bounce, squidgy and stretch your way to victory as you help Putty save his kidnapped friends from certain death.

Putty is Back! A timeless classic makes the Switch!
Over 100 levels of stretchy mayhem to overcome!
Collect and unlock extra trophies and explore cunningly hidden levels.
Unique Sticker Book feature allows the player to track progress

Super Putty Squad hasn’t been officially announced, but that should be changing soon. Hopefully the news will bring along the first screenshots.