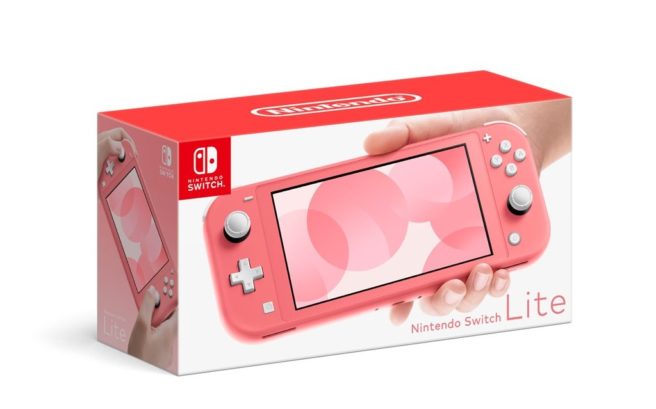 Earlier today, Nintendo unveiled a new coral-colored Switch Lite. We now have confirmation that the variation will be offered in the west as well.

In North America, the coral-colored Switch Lite launches on April 3. Pricing is set at $199.99.

On April 3, Nintendo will add a new splash of color to its lineup of Nintendo Switch Lite systems, with the introduction of a playful coral-colored version. The coral Nintendo Switch Lite system can be purchased at a suggested retail price of $199.99, joining the existing range of color options for the system: yellow, gray and turquoise. With a vast library of games to play and stylish system colors to choose from, there are more ways than ever to tailor your Nintendo Switch gaming experiences to match your personal style.

Nintendo Switch Lite is designed specifically for handheld play, making it easy to bring a diverse collection of exciting, relaxing and challenging games with you wherever you go. This includes exploring a mysterious world with lively characters and puzzle-filled dungeons in the Legend of Zelda: Link’s Awakening game; catching, battling and trading Pokémon in the Galar region of the Pokémon Sword and Pokémon Shield games; or, in the upcoming Animal Crossing: New Horizons game, launching on March 20, whisking yourself away to an island paradise where you can customize your own dream life.

As a dedicated handheld gaming device, Nintendo Switch Lite has integrated controls and is smaller than the flagship version of Nintendo Switch, but can still play all the games in the robust Nintendo Switch library that support Handheld mode.