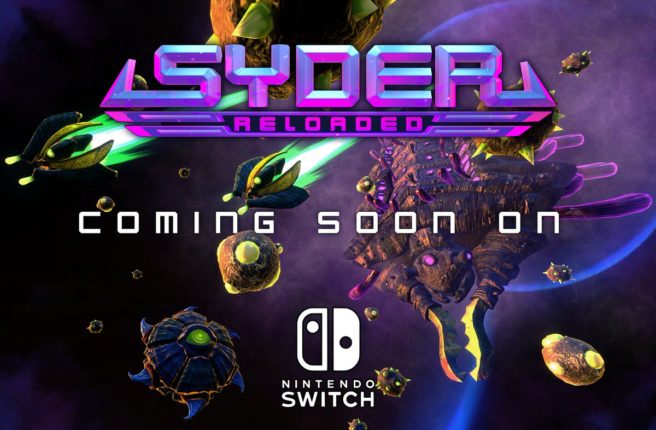 Here’s an overview of Syder Reloaded, along with a trailer:

Syder Reloaded is an overcharged and furious side-scrolling hybrid shoot ’em up. Jump back to the ’90s when bulky tech was cool and games were all about skills and high scores. Syder Reloaded is a remastered and enhanced edition of Syder Arcade (2012).

Follow Captain Reyes and the Starship Orinoco in their quest to stop the alien threat that looms over Miza. Survive as long as you can while defending the Shield Nebula. Fight the pirate onslaught to the Lighthouse, and fend off relentless waves of capital ships. Fly like a bullet and challenge your piloting skills in the Ice Canyon.

Master the classic starter ships and unlock the more advanced prototype variants introduced in this remastered edition. Every ship has a different playstyle. Which one will be yours?

A SHOOT ‘EM UP FOR EVERYBODY

Syder Reloaded comes with multiple difficulty levels, from easy to super challenging. Choose your own pace: relax and enjoy the scenery, or get serious and fight with everything you have!

Syder Reloaded’s score system has been completely re-designed and is now even more focused on rewarding player skills. Play at maximum difficulty if you want to top the global high score or just be the top player of your friend list. No matter what you want to do, keep that score multiplier maxed!

Feeling REALLY nostalgic? Sometimes it happens to us too. This is why we’ve got you covered. Activate one of the 19 retro filters and play the game like it’s 1990!

Syder Reloaded will cost $11.99 on the Switch eShop.